The talented youngster, who comes recommended by former Windies tweaker, and Volcanoes team-mate, Shane Shillingford, is currently into his second domestic season.

He has impressed to date, having taken 38 wickets at 29.71 in 13 first-class matches with best figures of 4-44 against Jamaica to include international scalps of Assad Fudadin and Rovman Powell (not to mention John Campbell and Jermaine Blackwell in the first innings). 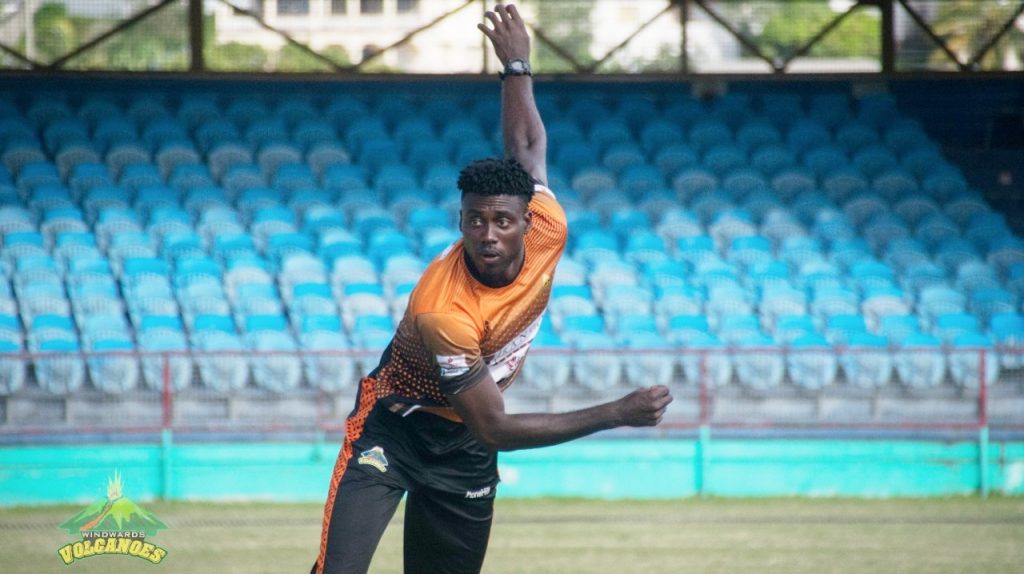 He was rewarded a first-class debut in December 2018 and hasn’t looked back.

During his maiden season, he finished top of the Volcanoes seam-bowling wicket-charts taking 28 poles at 27.35. He cemented his spot last summer, with further dominant performances.

The talented quick, who is also known for his hard-hitting lower-order batting, is a prospect for the future.

In order to continue his development, he is set to return to the UK in 2021, having recently signed with North East Premier League club Eppleton.

He is eager to impress, as he did during his brief stint with Middlesex side Harrow Town back in 2013.