Sharma is a run-scoring machine who broke into the star-studded Dehli side during the 2019/20 season, following a chart-topping campaign with Arunachal Pradesh in 2018/19.

Playing in the top tier of Ranji Trophy cricket (Elite – Group A), Sharma only had to wait for 2 games to produce the form that saw him strike 498 runs at 35.57 with a century (118) and three fifties last summer.

Playing against Rajasthan, Sharma struck a brilliant century (103) – his second in first-class cricket, taking his tally to 610 runs at 38.12 after 9 Ranji matches. 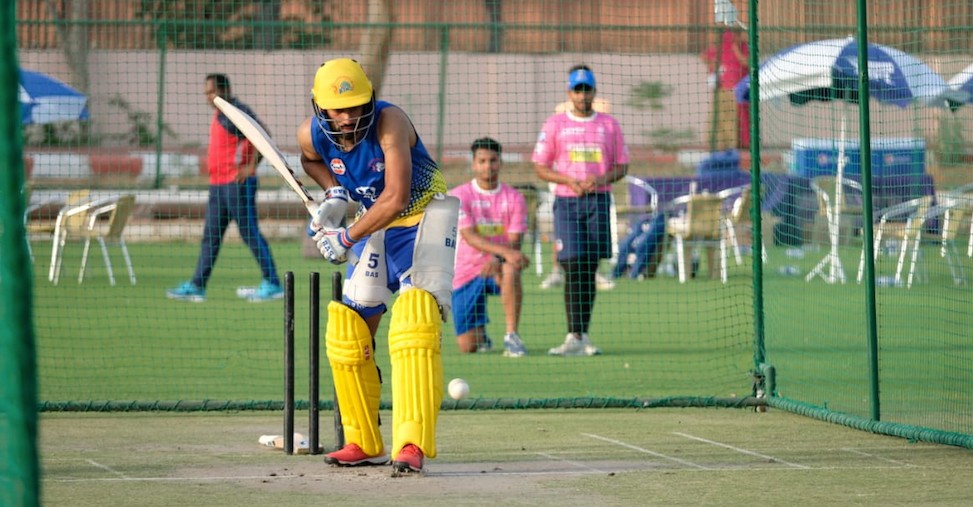 Kshitiz in the nets for CSK.

Sharma’s first-class selection, though, was a long time coming, following years of toil in domestic club cricket. He has previously made white ball debuts for Delhi in T20 and List A in March 2013 and February 2018, respectively. He was also picked up at the 2018 IPL auction by the Chennai Super Kings, giving weight to his ability.

The talented batting all-rounder enjoyed another strong 2020/21 domestic season, particularly in the Vijay Hazare Trophy (List A), hitting 155 runs at 38.75. Surprisingly, he only featured in 1 Syed Mushtaq Ali Trophy (T20) match for Delhi, although he impressed, striking a 34-ball 65* v Puducherry.

Its anticipated Sharma will feature across all formats in 2021/22 and thereafter, will return to the UK following his maiden stint with Old Emanuel (Surrey Championship) back in 2014, hitting 702 runs at 54 alongside 19 wickets at 21.26.

He has signed with North East Premier League outfit Felling, where he hopes to impress once again in 2022.