GMCL club, Glossop, is delighted to announce the signing of Leicestershire batter Harry Dearden, for their 2021 season.

The club posted the signing on their Facebook page yesterday:

MASSIVE NEWS
We’re absolutely delighted to announce the signing of Leicestershire’s Harry Dearden for the 2021 season!
Welcome to North Road, Harry!
A big thank you must go to CricX – The Cricket Exchange Agency for their part in helping to get the deal done!
#GCC2021 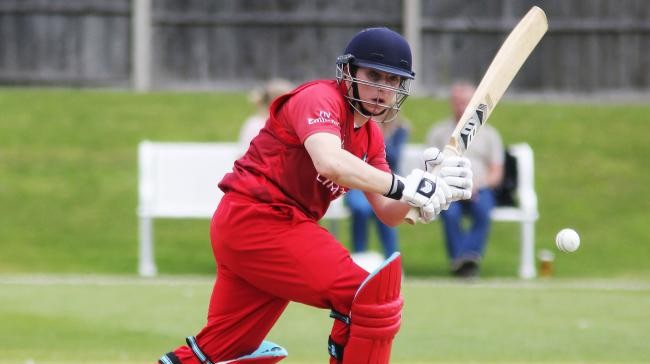 Dearden is a left-handed batter on contract with Leicestershire. He was picked up by the Foxes for the 2017 season, following an impressive summer for the Club’s 2nd XI in 2016.

Highlights included a brilliant century against Yorkshire, and 46 in the Trophy semi-final at Somerset. He was then handed a first-class debut at Derbyshire before going on to play in the home victory against Glamorgan.

Dearden, who came through the age-group system at Lancashire, has demonstrated his ability to construct long, patient innings, and has also batted at a brisk pace in white-ball cricket.

The Bury-born batter made 11 first-class appearances for Leicestershire on his first full year on the staff. Dearden’s top score came against Glamorgan where he made a composed 87 against an attack that featured South Africa paceman Marchant de Lange.

On the back of this score Dearden signed a one-year contract extension to keep him at the Fischer County Ground until at least the end of the 2018 season.

Following a positive 2018 for the youngster, Dearden extended his stay at the FCG for a further year. Dearden’s performance in 2018 saw him heavily involved within the County Championship campaign, as well as making solitary appearances in the white-ball fixtures. His best performance came in his single Vitality Blast appearance where he hit a quickfire 61 from 40 balls.

Dearden became a first-team regular throughout the 2019 campaign, hitting 431 Championship runs and particularly impressed in the Royal London One-Day Cup competition, striking 3 half-centuries amongst 304 runs at 38.

Last summer, he backed up with a further 234 runs at 26, during the truncated Championship season. Dearden is hoping to cement himself in the Foxes top-order, across all formats, next summer.

When availability permits, he will also turn out for GMCL club Glossop, having recently signed for the North Road club in 2021.