Wimbledon is delighted to announce the signing of Canterbury and New Zealand A left-arm seamer, Edward Nuttall, for its 2020 Surrey Championship campaign.

Edward Nuttall is an exciting left-arm quick playing for Canterbury in New Zealand domestic cricket. The former New Zealand Under-19 star, who played in the 2012 ICC World Cup alongside the likes of Ish Sodhi and CricX stars Cam Fletcher and Sean Davey, is now targeting full national honours.

“He is bowling at more than 130kmh and is in the early 140s when he gets it right. I would be surprised if he doesn’t have an international future ahead of him, if he continues the way he’s bowling at the moment.

“He swings the ball as well and that’s been his big strength, he gets the ball to swing late. When you start putting swing on top of [speed], it creates uncertainty.” 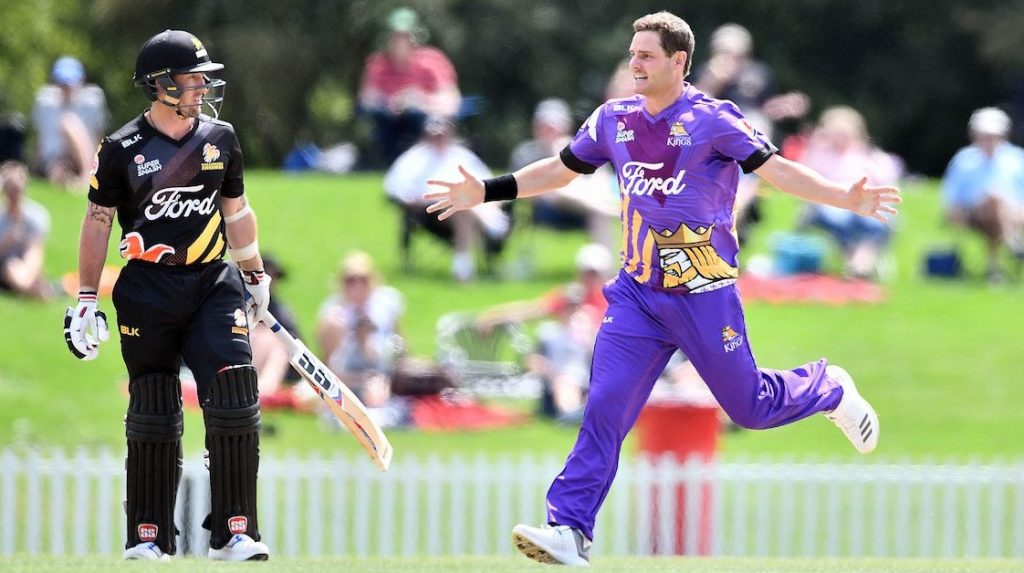 Nuttall has been a stand-out across all formats, with over 130 wickets and three 5-wicket hauls to date. He boasts best figures of 6-35 taken during his prolific 2014/15 Plunket Shield campaign (21 wickets at 22.42).

The following season, he backed up with 11 wickets at 18.36 in red ball alongside 18 wickets at 19.38 to finish as the second-leading wicket-taker in the Ford Trophy.

His exploits for the State culminated with New Zealand A selection. However, stress fractures, unfortunately, hampered his progression over the next few years, but Nuttall is now back to full fitness and bowling without pain, which will bode well for both Canterbury and his international ambitions moving forward.

The left-arm quick is clearly a huge talent and he is now set to embark on his maiden UK league stint in 2020, having recently signed for Surrey Championship powerhouse Wimbledon.

Nuttall will follow in the footsteps of fellow CricX client and Canterbury skipper, Cole McConchie who played for the club last summer.