A Day at the Test Match

A Day at the Test Match

2020 what a year! Due to the Covid-19 global pandemic we have all missed out on many of life’s great pleasures this year  – holidays, day trips, meals out, catching up with friends/family and of course a day at the test match!

It’s a highlight in any cricket lover’s calendar and something greatly missed this year. It offers the chance to escape from the stresses and strains of daily life and watch our nation’s finest cricketers head into battle.

Watching Test Cricket in England can be a lottery though thanks to the good old British weather, you find yourself checking the forecast with even more alarming regularity than normal and praying for a decent day. Most of us don’t even want 25 degree sunshine because we’ll most likely get burnt to a crisp by the close of play! No just a dry mild day will always suffice.

On a recent visit to the Lords I managed to choose the first day in 20 odd years that the opening day of a test match at the home of cricket was abandoned without a ball being bowled! The lack of cricket forced my mate and I to seek refuge in a North London hostelry for 9 hours until we could catch our designated train home, every cloud and all that!

The last test match I attended was the 2019 Ashes fixture at a bitterly cold Old Trafford in mid-September. Yes you read correctly a mid-September test match in Manchester, and the North West weather lived up to its reputation with temperatures in single figures and a freezing cold wind howling across the open ground, it was even too cold for beer! The conditions were clearly not enjoyed by Jofra who bowled in multiple sweaters throughout the day, I didn’t blame him I had to make a dash to the Lancashire CCC shop to purchase an additional layer and a bob hat, no such problems ever occur in Brisbane!

Watching a day’s test cricket varies from ground to ground. I am a purist and love going to Lords, it’s a sports stadium like no other I have visited, you can feel the history oozing out of the walls of NW8 and one can visualise the greats of the game walking through the famous Long Room. Lords has an air of calm and tranquillity where you are more likely to hear the pop of champagne corks rather than football style chanting after another beer snake is confiscated by an overzealous steward as you do at most other test match grounds. 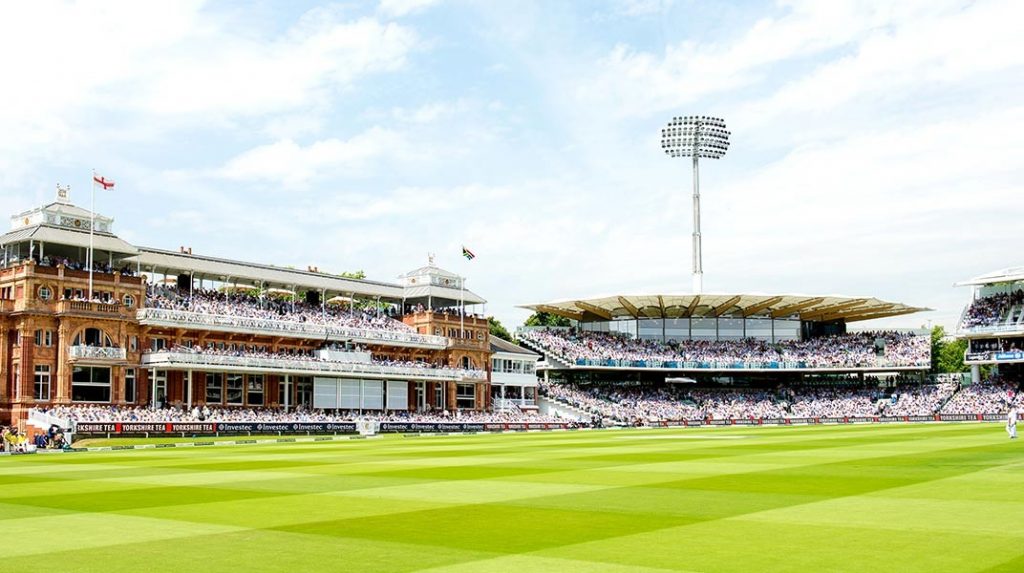 Trent Bridge, Nottingham is another favourite, slightly smaller and more intimate than some of its counterparts where the stadium architecture blends together seamlessly. Old Trafford, Manchester has improved dramatically over the last few years. When the square was rotated and a big red box like building was erected I wasn’t sure, but the subsequent improvements have turned what was once a soleus stadium in the 80’s and 90’s into something that’s rather quite impressive.

Fortress Edgbaston, Birmingham is traditionally the stronghold of the England cricket team, we have a fantastic record in the West Midlands over recent years where the crowd are always vocal and provide an intimidating atmosphere for visiting opposition. Headingly, Leeds is currently a work in progress with additional ground improvements ongoing, but you can see it is following a similar style to that of Old Trafford and Edgbaston. Visiting teams are always ensured of a hostile welcome from the England supporters watching from the famous Western Terrace where the beer flows like water!

The Oval, London the second ground in our nation’s capital and typically the venue for the summer’s final test match. It has hosted some truly epic cricketing moments over the years as series are decided and heroes made. It’s the views that make The Oval so unique with the iconic gas works visible all around the ground which gives a wonderful reminder of the areas industrial past, further in the distance a view of the City of London and Canary Wharf are a fantastic sight when the weather and the London smog allows. 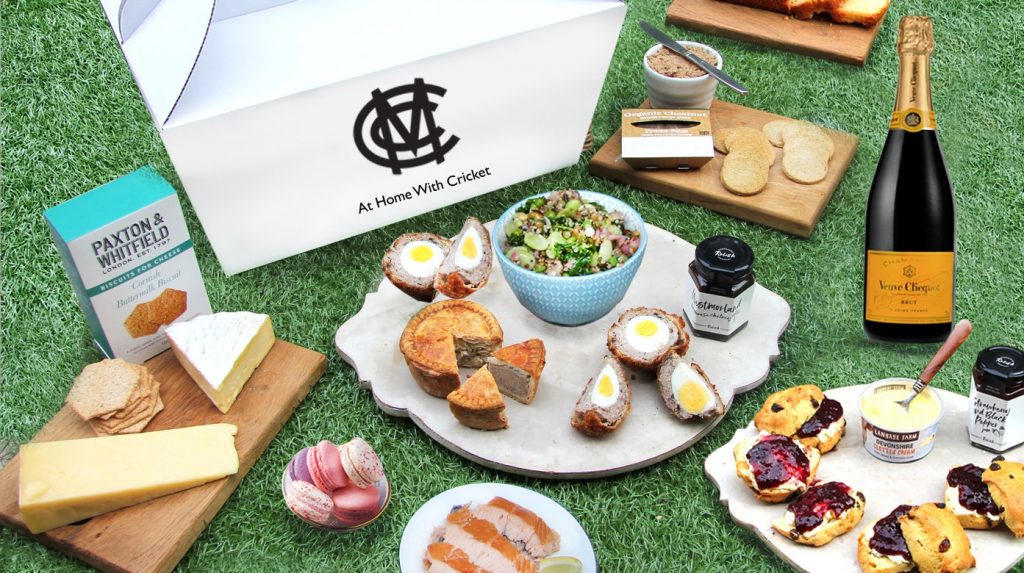 When visiting any of the test grounds unless you are lucky enough to be on a corporate do and have the pleasure of dining in style your food preparation is key to a successful day at the test match. Now you can run the risk of chowing down from one of the overpriced catering vans that adorn the perimeter of the ground, but that’s not advisable unless you particularly enjoy paying £9 for a luke warm burger that tastes like it’s been run over a few times!

Part of the experience is taking a good old fashioned pack-up, who doesn’t love those British classics like Pork Pies, Sausages Rolls, Scotch Eggs and if you’re feeling especially lavish a slice or two of Gala Pie? All washed down with a dozen steady pints of beer, it’s a long day after all!

Hopefully crowds will be back next summer and we can once again enjoy a day at the Test Match.