As a club cricketer the standard question you always get asked at a social occasion where non-cricketers are present – ‘So what do you do bat or bowl’ and it’s fair to say the stock answer will usually be for most of us ‘All-Rounder mate, I do a bit of both’. Now in the context of the conversation that is probably true, compared to the standard non-cricketer a regular cricketer can indeed do a bit of both. But in reality, how many can honestly claim to be a genuine all-rounder even at club level?

Now let’s remember the standard rule applied in international cricket is a genuine all-rounder would get into their team as a batter or a bowler. If we consider the great all-rounders of all time there is probably only 6. Jacques Kallis, Ian Botham, Imran Khan, Richard Hadlee, Kapil Dev, and Garry Sobers. Ben Stokes should make it into this illustrious list by the end of his career. Would Andrew Flintoff get in a team as a Top Six batter throughout his entire career? Probably not, during his golden period in the early-mid 2000’s yes, but not otherwise. Let’s take a quick look at the stats (Test Cricket Only):

The numbers of Kallis and Sobers with the bat are quite remarkable as are those of Hadlee and Imran Khan with the ball, but all of these players will unquestionably go down in cricket history and their superhuman cricketing feats will be talked about enthusiastically by generations to come. 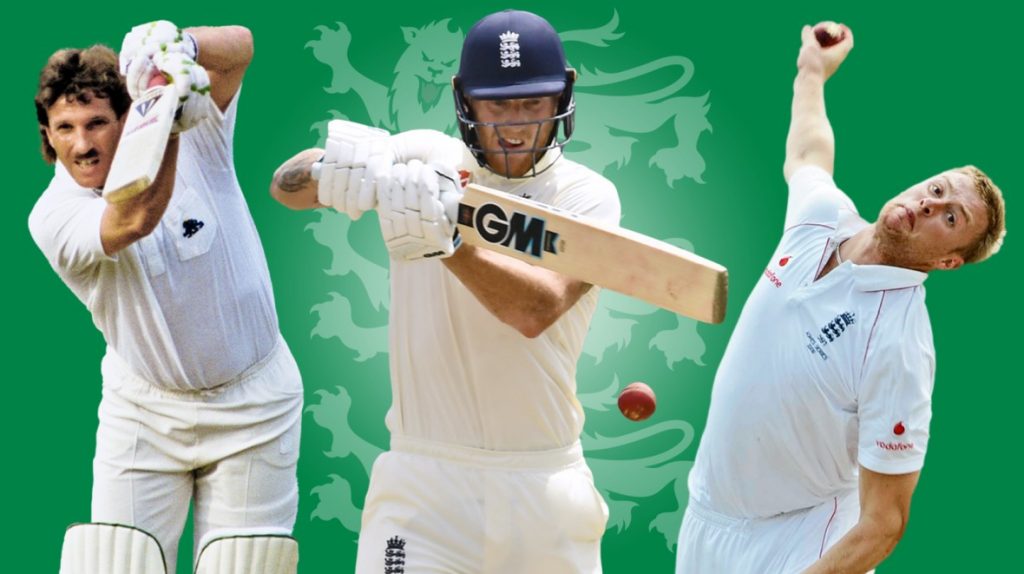 Where does Stokes rank alongside Botham, left, and Flintoff, right? (c) TheTimes

But what’s the reason why there are so few genuine all-rounders even on the international stage? An all-rounder not only has to have a special amount of natural ability they also have to have that mental strength, fitness and an unrivaled level of self-belief that all of the great all-rounders possess. To be able to change the course of a cricket match with bat or ball when their teams need it most. We can all recall with great fondness the herculean efforts of the great English all-rounders Stokes, Flintoff, and Botham during their game-changing and match-winning all-round performances.

At club level to be a genuine all-rounder is arguably even harder than at professional or international level. Realistically the average club player practices and plays once per week and to be able to excel at both disciplines consistently throughout the course of your career is incredibly difficult when juggling other life commitments. Everyone wants to be that Stokes-esque Roy of the Rovers all-rounder, but with experience gathered over my long club year career I am now firmly of the belief that a young player should really focus on their strongest suit and let their second suit develop naturally.

I myself do a bit of both and only as I have got older have I truly understood how hard it is to consistently contribute with bat and ball. I look back on my career and being completely honest with myself I can recall only 4 seasons out of 24 where I consistently contributed with bat and ball and could have been classed as an all-rounder when my stats at the end of the season were strong in both departments. When I was younger I was a bowler who batted a bit and as the years have progressed I have become a batter who bowls a bit. With hindsight, my batting was always my strongest suit and I should have focussed on that more as a younger player.

I can think of only a handful of players I have played with and against who could be classed as a genuine all-rounder throughout the majority of their careers which draws a parallel to the professional game. All the more reason why we should savour the brilliance of the great all-rounders whether that be on the international stage or on a Saturday afternoon, they are a rare breed!