Ben Stokes has become the first England cricketer win the coveted prize since Andrew Flintoff in 2005, but this was not Stokes’ first victory of gargantuan proportion this year.

It has truly been the most remarkable year for Stokes who, in just two years, has risen from the ashes of public scrutiny to become a glorified national hero. Having sent England victorious in the World Cup and performed an Ashes miracle, he now sits among English sporting royalty. It was, simply, the summer of a lifetime for Stokes.

His outstanding year was action-packed and saw him reach new heights. That catch against South Africa in the World Cup, that innings in the World Cup final and that miraculous Ashes century at Headingley. Where to start?

He is labeled the ultimate competitor, the model team man who is unwaveringly selfless, and the man that makes things happen. It can come as no surprise that a recipient of these compliments is adored by the public and has been transformed him from a cricketer to a sporting star and public figure who transcended his sport. 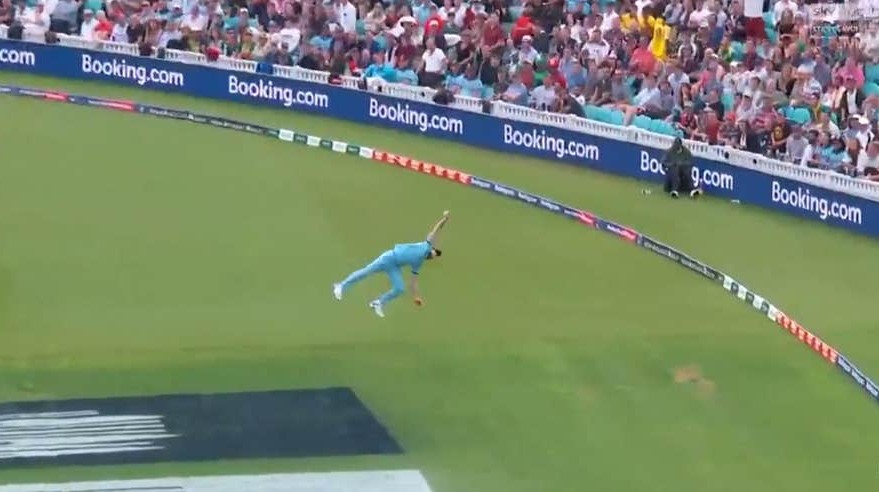 His masterpieces were unmissable. The World Cup final, the finest stage of all, was made for Stokes. Scoring 84 not out under the most intense pressure, England’s talisman got his team to the super over, in which he scored a further eight from three balls. While Jofra Archer, Jason Roy, and Jos Buttler combined to send England’s cricketing family into jubilant celebrations, the players’ ascent to cricketing immortality was possible only due to Stokes’ terrific innings. The World Cup winners claimed two awards at the BBC’s Sports Personality of the Year 2019, with Roy, Stokes and Eoin Morgan taking to the stage to collect the trophy for ‘Team of the Year’ and ‘Moment of the Year’, the latter of which was awarded for the run out in the super over that gave England World Cup glory.

Following the World Cup win, England struggled to exert dominance over the Australians in the ensuing Ashes series. 1-0 down and having being bowled out for 67 in the third test, another Ashes failure seemed likely. Yet Stokes manufactured what Wisden recently named the best test innings of the decade in a remarkable 76-run partnership with last man Jack Leach, sealing the most unlikely of test wins, keeping England in the series.

Scoring 135 not out, including eight sixes, he controlled the strike in a daring performance. Initially, Stokes produced a defensive display of the like we have never seen from him before. The following afternoon he sent the star-studded Australian bowling attack to all parts of Headingley in a brutal display of power hitting full of skill. No other player could have transitioned from such a defensive mindset to produce such clean hitting, epitomized by the switch-hit off Nathan Lyon for six over point. 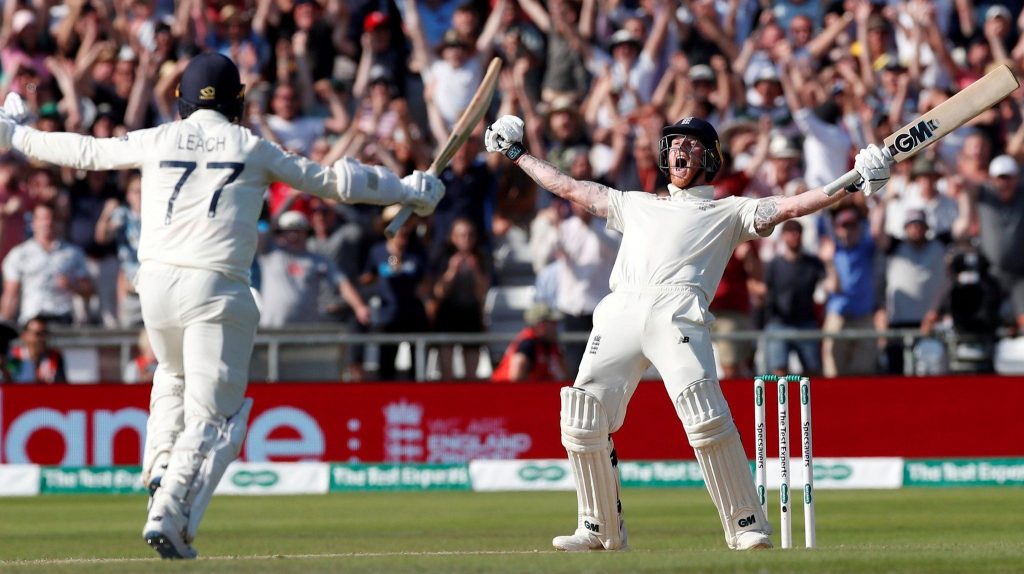 Just over two years ago the Bristol nightclub brawl took place which left Stokes banned by the ECB and put before a court. Undeniably, his disciplinary record was once blemished but, following his acquittal, a revitalised Stokes emerged, disciplined on and off the pitch.

And, in fairness, he ought not to be blamed for some of the adversity he has encountered. In the midst of his sublime summer, The Sun revealed deeply personal details of his family history, resulting in Stokes embarking on legal action against the paper.

Given the adversity he has overcome, you would be forgiven for labeling his comeback from the Bristol incident as redemptive, but it goes much, much further than that. Stokes was considered redeemed long ago. His recent accolades place him on a cricketing pedestal high above his contemporaries; having won the Player of the Match award in the World Cup final, the Player of the Series in the Ashes and the Players’ Player of the Season at the PCA Awards and now the BBC Sports Personality of the Year, Stokes has far surpassed redemption.

The cricketer, the person that Stokes has become is the product of a remarkable journey. The long-forgotten lows have been replaced with exhibits of sporting brilliance from a man who is an inspiration to so many, young and old, across the globe.

This was the year cricket returned to the front pages for the right reasons, the year of World Cup success and another year of Ashes magic. Blazed with glory, brimful with passion, revered by many, the cricketing summer of 2019 became defined by Stokes’ character.

It may have been a successful year for English cricket, but we have Ben Stokes to thank, a champion who now deservedly has his reputation forever enshrined in sporting history.