Not for the first time in 2019, Ben Stokes took center stage. The all-rounder picked up the Reg Hayter Cup for the NatWest PCA Players’ Player of the Year. The award is widely regarded as one of the most prestigious a cricketer can receive in England. After Stokes’ astonishing summer, it came as no surprise that England’s fiery talisman took home the showpiece award, which was voted for by his international teammates and county professionals across the UK. 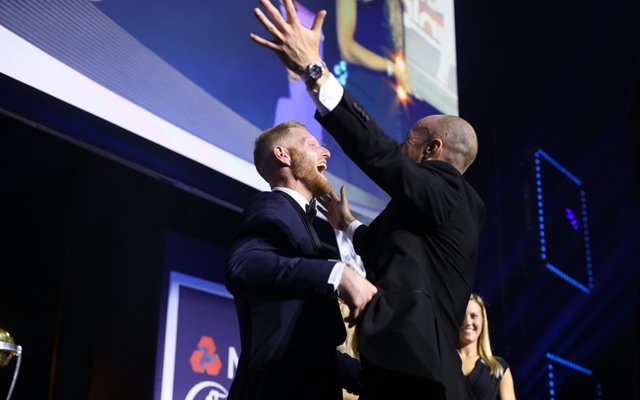 Jack Leach buys a painting for £8K of Ben Stokes’ at the PCA Awards.

It was the summer of a lifetime for Stokes, who produced two unforgettable innings this year which will both go down in the annals of cricketing history. After a game-changing 84 not out against New Zealand in the World Cup final, Stokes produced an unbeaten and match-winning 135 at Headingley against Australia including a memorable partnership with Jack Leach who, to the amusement of the Roundhouse, made a successful bid for a portrait of Stokes as part of the evening’s auction.

Simon Harmer, Dominic Sibley and Ryan Higgins were the additional nominees for the Reg Hayter Cup and, in any other season, each of the three could have received the award. But 2019 was no ordinary season.

The NatWest Women’s Player of the Summer was awarded to Sophie Ecclestone for the second consecutive year. Left-arm spinner, Ecclestone was England’s leading wicket-taker in the Ashes series this year and, being just 20 years old, a long and prosperous career awaits her.

Tom Banton was rewarded for a breakthrough year by being named PCA Young Player of the Year. Banton, who took home the John Arlott Cup, scored 549 runs in the Vitality Blast, at an average of 42 and a strike rate in excess of 162. These exploits have seen him selected in the England t20 squad that tours New Zealand this winter. 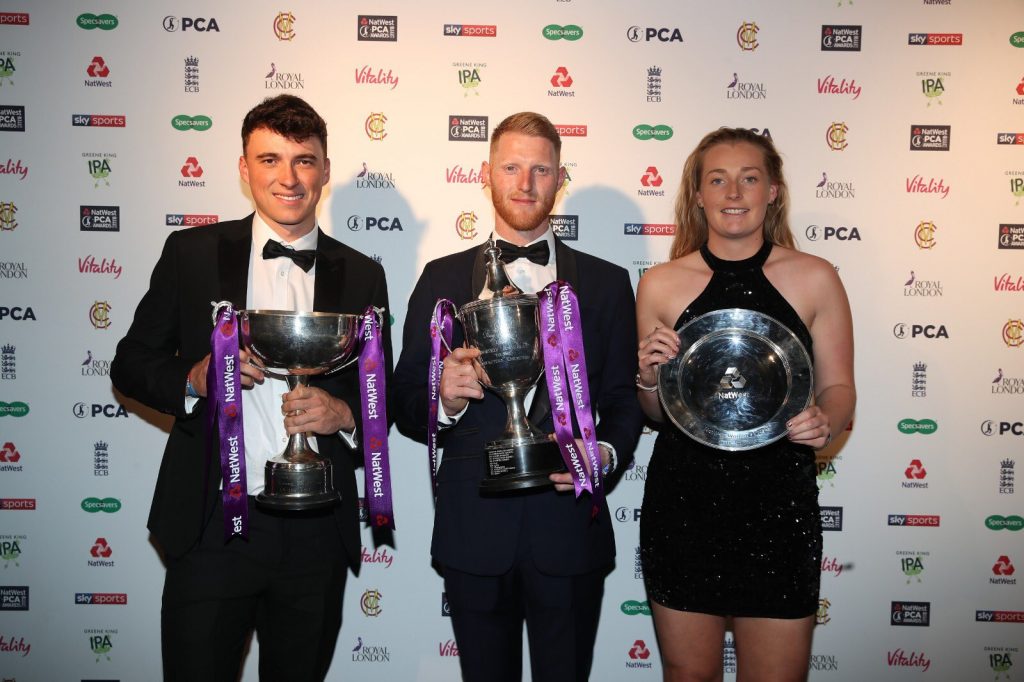 The awards for the England men’s team were won by Stuart Broad and Chris Woakes. Broad was announced as Specsavers Test Player of the Summer having been England’s leading wicket-taker in the Ashes with 23 wickets. He was also credited with keeping the dangerous David Warner quiet with the bat throughout the series.

Woakes was named Royal London One Day International Player of the Summer after an excellent year opening the bowling in white-ball cricket, culminating in England’s World Cup win.

The captain of this triumph, Eoin Morgan, was also given a special award by the ECB.

Harmer, who captained Essex to a County Championship and Vitality Blast t20 double, was also the leading wicket-taker in Division One of the four-day competition. Lancashire paceman, Mahmood, was the leading wicket-taker in the Royal London One Day Cup and has been rewarded with an England call up for both the Test and t20 tours of New Zealand. Australian, D’Arcy Short, was signed by Durham for their Vitality Blast campaign and in 12 innings he produced 483 runs at an impressive average of 43.9.

The Greene King Team of the Year was also announced as: 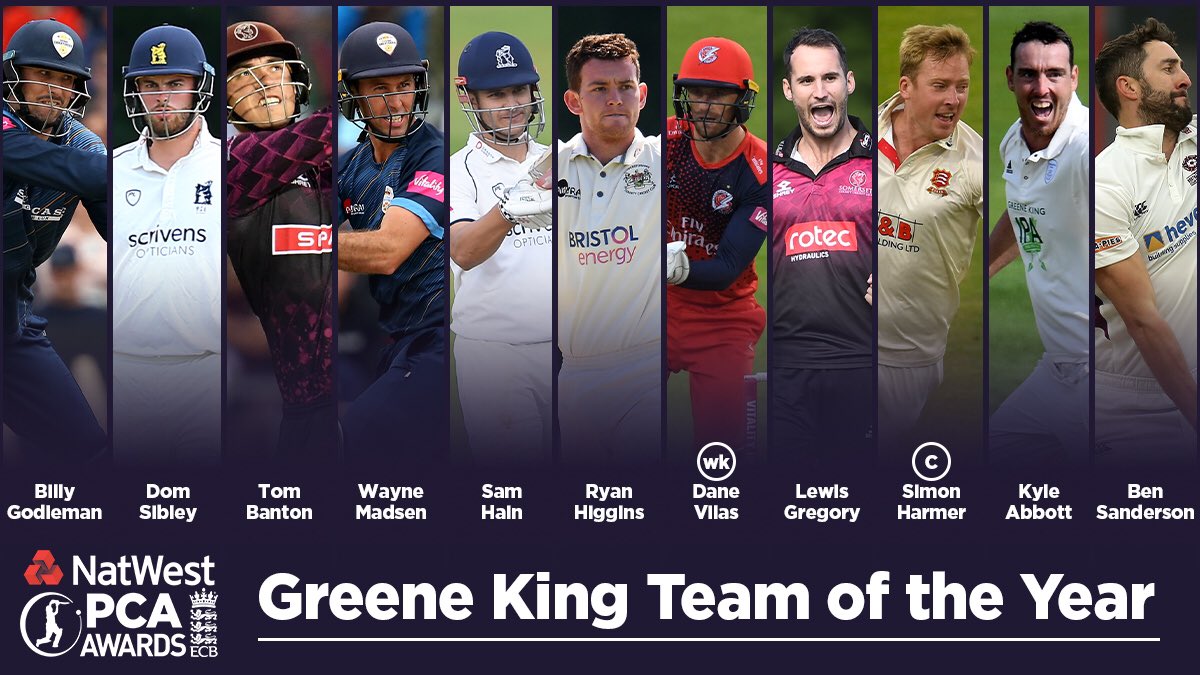 The Greene King Team of the Year

Former England international, Alex Wharf, was given the Harold Goldblatt Award for PCA Umpire of the Year, while Jonathon Trott was named Greene King PCA England Masters Player of the Year.