The UK club cricket season is long, typically running from mid-April to mid-September, so pretty much half the calendar year. Although we all love the game, it can often be a hard slog, once you get into mid-August you are generally willing the season to end. Those long days standing in a field are starting to take their toll on body, mind, and spirit. The relief comes mid-September is usually palpable across the majority of the club. You get the occasional badger who would play all year round if they could, but they’re usually single, still live at home, buy 7 bats per season and have Play-Cricket and Cricinfo bookmarked on all of their devices.

The first month or so post the end of the season is great as you catch-up with friends and family you have mercilessly neglected for the previous 6 months, you do those jobs at home that you have put off all summer, you spend quality Saturday time with your offspring and if you’re of a certain age those cricket related aches and pains gradually start to ease.

November brings a startling realisation that the cricket season is over! You feel like your Saturdays lack purpose and structure as kids parties, alcohol, gambling and aimless shopping trips to department stores in search of the perfect cushion take over. Come back cricket season, all is forgiven!

Is there a better way to get into the festive spirit than browsing online for that new pair of batting gloves to add to your Christmas list even though you’re 39 years old?! After the struggle of November, I find December to be a good month for cricketers overall with plenty of time off work to lounge around watching England play somewhere overseas and delaying that pre-season fitness push by another month.

For non-cricketers, January can be a thoroughly depressing month, but for us cricketers January brings hope!!! You’ve got those new batting gloves from Santa, the date for winter nets has been announced and club chit chat is back up and running discussing new signings, overseas players and which toiletry gift sets will make it into the cricket bag for shower club. 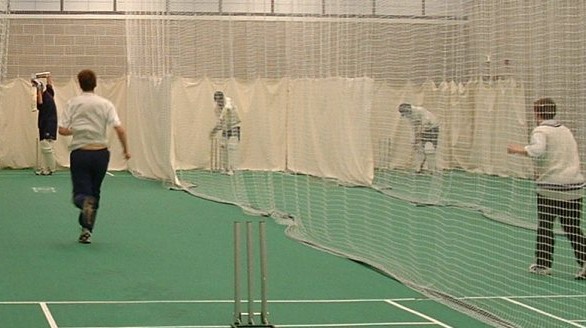 Cricketers up and down the country will be hitting winter nets with great anticipation shortly!

Usually, for a lot of clubs, February is when winter nets start. The kit bag is dug out of the loft or garage hopefully without damage following its winter hibernation. You head to that first winter net with plenty of optimism until you realise you have forgotten how to bat and bowl and feel like you have been run over the day after. A couple of months to get up to speed!

Your pro or overseas player is now confirmed and winter nets are in full flow. The anticipation is high for the season ahead this despite your club’s ‘fast’ bowlers spending the last few weeks bowling bouncers from 16 yards forgetting in a matter of weeks they will be bowling on soft and stodgy green tops, not The WACA!

Like an Oasis rising in the desert cricket season is almost here. No more kids parties (on a Saturday), reduced shopping trips, losing football bets, DIY or drinking 2 bottles of red wine on a Friday night. You look forward to those long summer days – The thwack of leather on willow, dressing room banter, the shower club and of course those post-match beers and match analysis.

Keep an eye out for my next blog when I’ll talk about All Rounders in club and professional cricket.