Over the course of the World Cup and The Ashes, we witnessed one of cricket’s great redemption stories. Ben Stokes went from punching lockers and people to punching the air in celebration as he led England to victory much to the delight of millions. He exorcised his demons and became a new hero for many, while longer-term fans forgave his previous transgressions as he came of age in the most spectacular of circumstances. One of the beauties of cricket is that within a team environment there is still scope for individual stories. With the new central contracts – notably the omission of Liam Plunkett – pointing towards the future, perhaps now is the right time to forgive another man for his misdemeanors. With Ashley Giles recently declaring that the door to international cricket is not closed for him, maybe it’s time to forgive Alex Hales.

“In the immediate term, he hasn’t played a lot of cricket this year for us for different reasons and, as [captain] Eoin Morgan has said, there’s a certain amount of trust that needs to be gained back.

“He needs to keep working hard and getting the runs – but if he does that, who knows?” 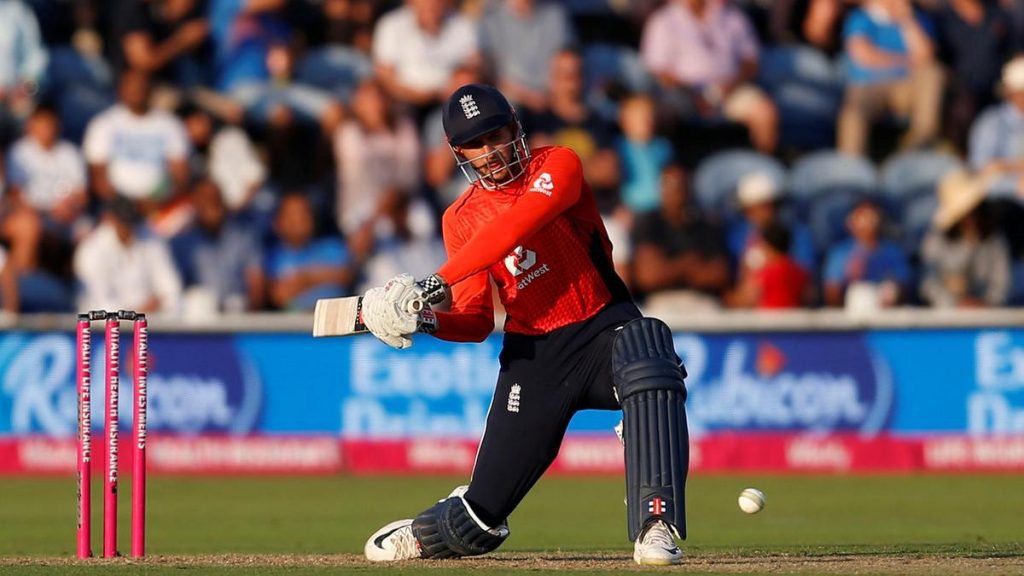 Hales’ omission from the World Cup squad was completely understandable. It was clear that the group of players involved in England’s so-called ‘white-ball revolution’ were a close unit, and in the aftermath of the Hales incident, it was evident that a violation of team culture and trust was a key reason for his removal from the squad. However, Hales has now served his time. It is difficult to remember in the euphoria of victory that Hales was a critical component in the transformation of England’s white-ball fortunes. Arguably, he offered us a glimpse into England’s best-ever generation of one day cricketers before they really came to the fore with his memorable unbeaten 116 against Sri Lanka in the 2014 T20 World Cup. He should have been a world cup winner on the 14th of July, with a medal draped around his neck as part of the side whose identity he helped to forge. Instead, he watched from the side-lines, with his mistake costing him the opportunity he had spent 4 years working towards. He will never get the chance to play in or win a World Cup on home soil again. That in itself is a just punishment.

Beyond the fact that he has been adequately punished, the other compelling argument for Hales’ return to the England set up is that their depth at the top of the order is perhaps not quite as deep as imagined. The absence of Jason Roy had a monumental impact on England during the World Cup, and the inability of James Vince to fill that void was evident in the group games against Sri Lanka and Australia. Admittedly, that was in part due to Jason Roy’s status as one of the best white-ball openers in the world and therefore a difficult man to replace but beyond Roy, Jonny Bairstow and Hales, the options at the top of the order are not obvious. Sam Billings and Moeen Ali failed to solidify themselves as suitable candidates to take up the opening mantle, and while there are exciting young players like Tom Banton coming through, Hales offers a level of skill and experience that is unrivaled. He remains a phenomenal white ball talent. He was one of only two players to pass fifty at finals day on a pitch that was offering plenty of assistance, particularly slow bowlers. It was a timely reminder of his talents with the T20 World Cup round the corner and with questions over Eoin Morgan’s fitness and Joe Root suitability to the shortest format, now is the perfect time to welcome Hales back into the England set-up.

Time for a second chance

Ultimately, like us all, Hales is human and humans make mistakes. But as Ben Stokes showed, it is possible to make mistakes and come back better. As an England fan, I want to watch Hales in an England shirt again. He is a cricketer of genuine quality and has the potential to light up the international stage on the biggest  of occasions. Let us hope he gets a second chance to do so.

About the Author: Joe Barnes - @MrBarnesJnr

Full-time Student 23 years old I’m very much a child of the 2005 Ashes and a big Somerset CCC fan. My heroes include Marcus Trescothick, Kumar Sangakkara and Brendon McCullum. Usually spend my Saturdays in the summer trying to bowl like Kagiso Rabada and bat like Jos Buttler with limited success. I’m passionate about all forms of cricket and love a good chat about stats. Very proud to represent my university’s cricket team and be actively involved in its running.