CRICKETERS in Devon could be back in action by mid-July, according to an article by Conrad Sutcliffe on the Devon Cricket League website (* this is, of course, if the COVID-19 pandemic continues to subside).

The ECB outlined a “Road to Recovery” plan to Premier League chairmen last week, which prompted our “Will club cricket ever return?” article on the 6th of June.

Nick Rogers, who as Devon League chairman took part in the video-conferencing briefing delivered by ECB, said the news was encouraging for clubs and players.

Whilst no definite dates for a return have been released yet, the framework is largely in place to get games on, once ECB gets the go-ahead from the Government.

“The ECB has had a three-stage plan to deal with the situation: protect, prepare and play“.

“The protect phase progressed to the prepare phase when the Government said players could start training in the nets again”.

“The prepare phase is still in place, but ECB have been working on ways to get players playing again”.

“There are no definite dates yet, but it is possible that starting in mid-July we could be playing in short-sided games with teams of eight“.

“ECB have said keepers won’t be allowed to stand up to the stumps and slips will have to remain two metres apart”.

“The only thing they are still working on is what to do about the umpire at the bowler’s end”.

“Hopefully, clubs can use these games as pre-season preparation for something more meaningful from early August onwards”. 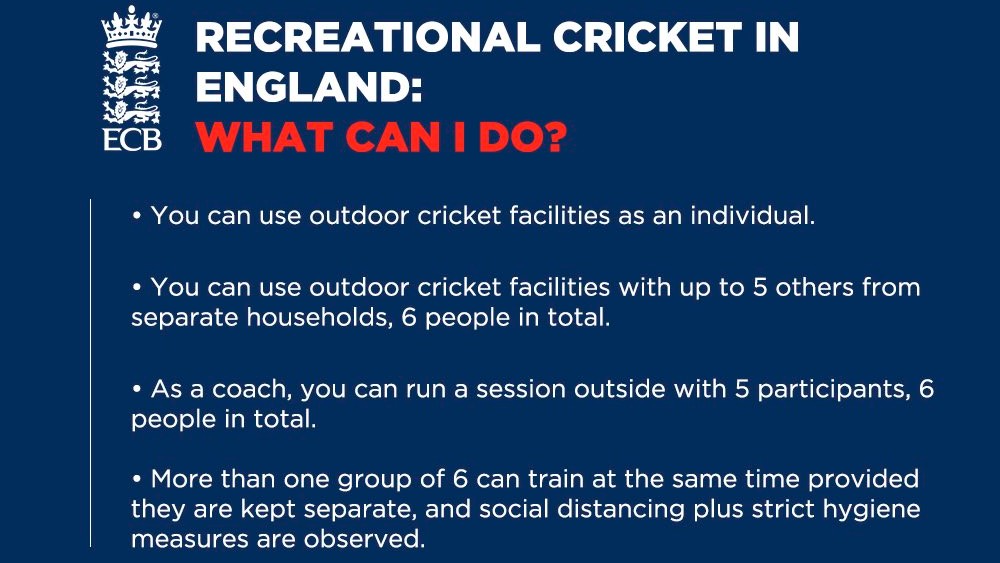 At present, the ECB has not made a further comment following their latest statement and FAQ’s on the 5th of June.

Whilst they have provided guidance regarding nets, the ECB has not committed to a return date, nor provided contingency plans for leagues and clubs.

They have, on the 2nd of June, announced the proposed dates and venues for England’s “behind-closed-doors” Test series against West Indies in July.

The ECB has also confirmed that County cricket will no start any earlier than the 1st of August.

Nevertheless, whilst there is currently no cricket, clearly, the Devon League has provided further optimism. We will also have some televised international cricket to tuck into come July.

Perhaps more of note is the fact that Pub beer gardens are set to reopen on June the 22nd, as Boris Johnson ‘wants boozers back open‘ after reportedly being shocked by reports of huge potential job losses. It’s a shame the Government hasn’t considered the effect a cricketless summer might have.

In a recent article by William Buckingham for The Full Toss website, the aptly entitled article “Club cricket should come first” suggests the amateur game is being largely ignored and neglected.

“a summer without amateur cricket could have greater repercussions for the game than a summer without professional cricket. Why? Because a cricketless summer would undermine local club finances and see many of them fold”.

“What’s more, many amateurs will get out the habit of playing regularly and may never return to the game afterwards. With dwindling participation already a major problem, a cricketless summer would be another nail in the coffin“.

“However, if the professional game takes priority, and the amateur game is largely ignored and neglected, then the consequences may be greater than the authorities might think“.

“After all, cricket is nothing without its amateur players”. 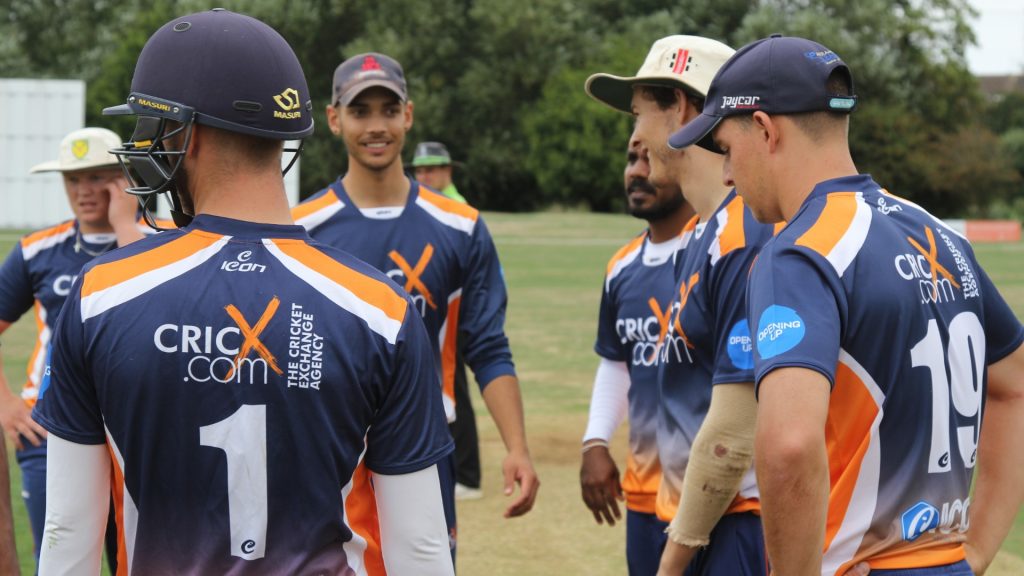