Ainsdale has pulled off a coup with the signing of South African all-rounder Beyers Swanepoel for their 2021 Liverpool League campaign.

CSA Cricketer of the Year

Swanepoel is an exciting pace bowling all-rounder who made waves in South African domestic cricket last summer. His success culminated with the 2019/20 CSA Cricketer of the Year award.

Season highlights included his blistering 188 not out (from 169 balls with 16 fours and 8 sixes) against KwaZulu Natal and a sequence of 5-wicket hauls against Eastern Province (5-84), Northerns (5-40), and his career-best against North West (7-50). 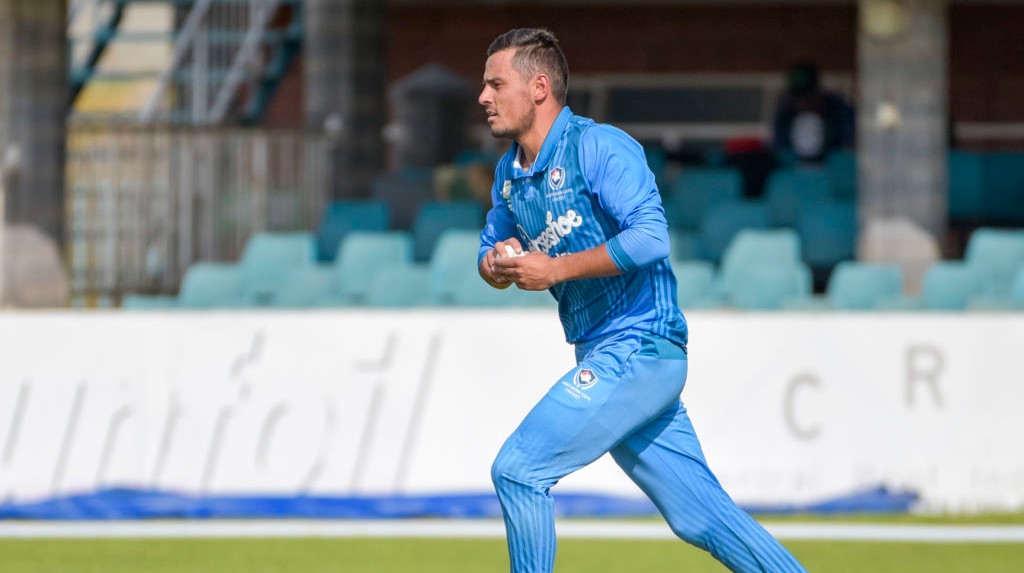 Beyers is an exciting all-rounder who is looking to dominate for Ainsdale this summer.

His exploits for Northern Cape resulted in Franchise inclusion in January 2020, playing a Knights first-class match against the Lions.

He was then selected to represent a CSA Invitational XI against the touring England side a few weeks later, where he produced notable performances in both games – 2-42 and 2-58 / 25* (20), including the wickets of Denly, Ali, Woakes, and Curran.

The right-arm seamer and explosive left-hand batter is now delivering the promise that saw him represent Northerns through all age groups, the Titans Cubs, and South African Universities. For the latter, he was their leading wicket-taker during the South Africa Emerging Players Tri-Series in June-July 2019.

Following his 2019/20 domestic season, Swanepoel was excited to return to the UK following his barnstorming stint with Anston in the Bassetlaw and District Championship back in 2017 (1,395 runs at 46.50 and 66 wickets at 17.61). He signed with Cornish powerhouse Penzance, but unfortunately, COVID jeopardized the opportunity.

Nevertheless, the all-rounder will get his chance to return this summer having recently signed with Ainsdale for their 2021 Liverpool and District Competition season.