De Gouveia was in blistering form in the qualifiers racking up 199 runs at an average of 99.5, including an explosive 102 not out off 107 balls against Sierra Leone and 50 not out against Uganda.

Roll on a few months and he was named Namibia’s Under-19 skipper for their CSA Cubs Week. He continued to excel, finishing as the 7th leading run-scorer with 247 runs at 61.8 in his 5 innings.

The youngster, who benefits from a Portuguese Passport courtesy of his father, has proven his ability across all forms of cricket. He has clearly starred at youth level but has also done likewise in the Namibian Premier League for local powerhouses Welwitchis Cricket Club. 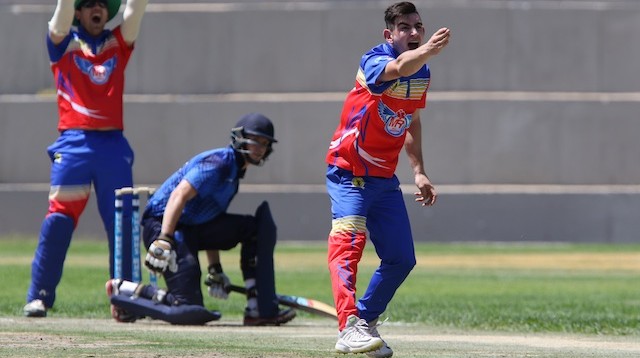 De Gouveia is not only a fine batter but a very useful leg-spinner, too.

De Gouveia is by no means the finished article, but has clearly shown immense promise and aspires to play professional cricket. In a view to advancing his game, he is set to play in England for the upcoming summer having recently signed with Cheshire County League side Alvanley.

The explosive batter, who also bowls very useful leg-spin, is eager to impress whilst abroad and hopefully pick up a few County 2nd XI games in 2020.