Perera is quite the prospect playing for Tamil Union Cricket and Athletic Club in the top tier (A) of Sri Lankan domestic cricket.

However, he swiftly made amends in August 2020, by hitting twin centuries against Sinhalese Sports Club (113, 112*).

In doing so, he became only the 31st player to hit tons in both innings in Sri Lankan first-class cricket. 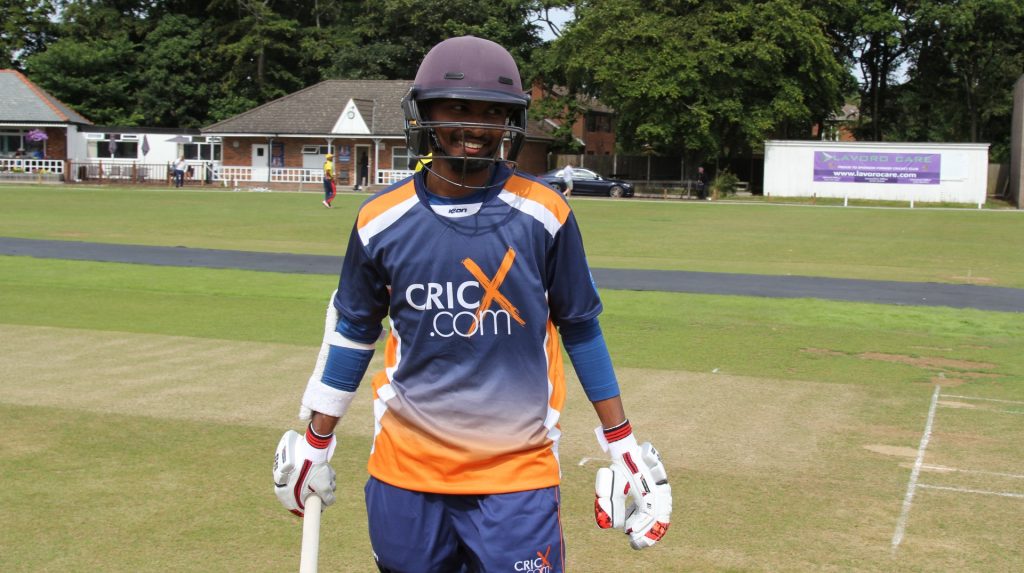 Damith in action for our CricX XI v Tatenda Taibu XI at Formby CC in 2019.

The talented keeper/batter played his maiden UK season for Farnworth Social Circle for the Bolton League in 2019.

Whilst he perhaps under-performed in the league, by his own high standards, he excelled in the T20 competition, to include a high of 101* from only 54 balls against Atherton, en-route to a season average of 48.

For 2020, Perera was set to play in Scotland for Greenock Cricket Club in the strong Western Premier Division before COVID struck.

However, he is now set to return to Northern shores again in 2021 having recently signed with Ballyspallen for their North West Cricket Union campaign.