Boris backtracks from vectors to blaming ‘teas’ and ‘changing rooms’

Boris backtracks from vectors to blaming ‘teas’ and ‘changing rooms’

Boris Johnson, the UK prime minister, has once again dealt a blow to the hopes of a swift return of recreational cricket during the Covid-19 pandemic, after claiming in an interview on LBC that “teas” and “changing rooms” were among the reasons why the game could not yet be considered safe to resume.

Though Johnson appeared to backtrack on his original reasoning for the ongoing suspension of the amateur game – namely his declaration in the House of Commons last month that a cricket ball is a “natural vector of disease” – he added that there are “various other considerations”, though declined to go into great detail.

Pressed on the government’s approach to the easing of lockdown measures, Johnson was asked by LBC’s Nick Ferrari why tennis had been cleared as a sport that was safe to be played during a pandemic, but cricket – which is also a naturally social-distanced sport, and which uses a similar-sized ball – had not.

“It’s the teas, the changing rooms…”

“You made the same point about hairdressers and nail bars and it’s a valid point,” said Johnson. “There are reasons. You sound like Socrates there. These debates have gone round and round. There are various other considerations.

“The long answer, which I think probably Chris Whitty [Chief Medical Officer] would give if he were here about cricket, the risk is not so much the ball though that may be a factor, it’s the teas, the changing rooms and so on and so forth.

“There are other factors involved that generate proximity which you might not get in a game of tennis. You’ve taken me into a rabbit hole of detail when really what people understand is that this is a battle against a pandemic which we have fought so far with the use of social distancing measures and we are very largely winning.”

The game is clearly not starting tomorrow!

Under current regulations, socially-distanced training sessions are the only permissible form of cricket. The ECB recently announced the cancellation of a spate of national and age-group competitions in a bid to give clubs more leeway in what remains of the summer schedule. However, having been given the impression in their discussions with the Department of Culture, Media and Sport (DCMS) that the recreational game could resume from July 4 – the same day that the government announced the reopening of bars and restaurants – the governing body remains unable to offer an exact start date. 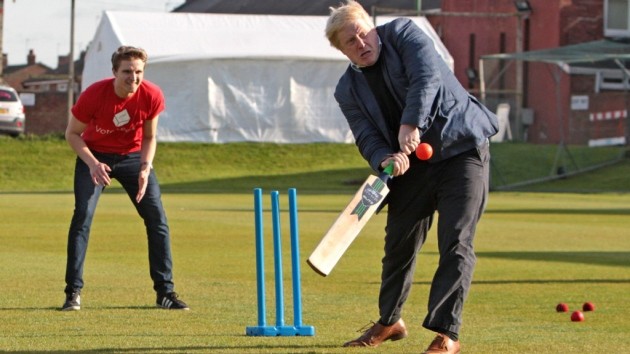 Johnson’s latest comments have been met with bemusement across the recreational game – not least because the ECB wrote to clubs only this week stating that, in accordance with Step 4 of their guidance for cricket’s resumption, “no use of changing rooms” would be permitted, with players asked to arrive “ready to play”.

A tweet from Cricket Germany, where the recreational game has already resumed, added: “If this is the case then do what we and other European countries do; 1. no changing rooms, 2. no teas (everybody brings their own tea) #notrocketscience.”

In a bid to offset the massive financial impact of the pandemic to date, which has hit club subscriptions as well as existing overheads in pavilion and ground maintenance, the ECB made £20million available in grants and loans in April, with further assistance from Sport England and other local authority schemes.