Ranjane is an outstanding batting all-rounder playing for the powerhouse Mumbai side in Indian domestic cricket. He is a player that’s really starting to hit his straps for Mumbai, after a quite sensational junior career.

He was a stand-out at junior level with a point to prove when heading into the CK Nayudu Trophy for Mumbai Under-23s in 2016-17. He impressed – belting a further 298 runs at 74.50, which culminated with his senior Mumbai debut. 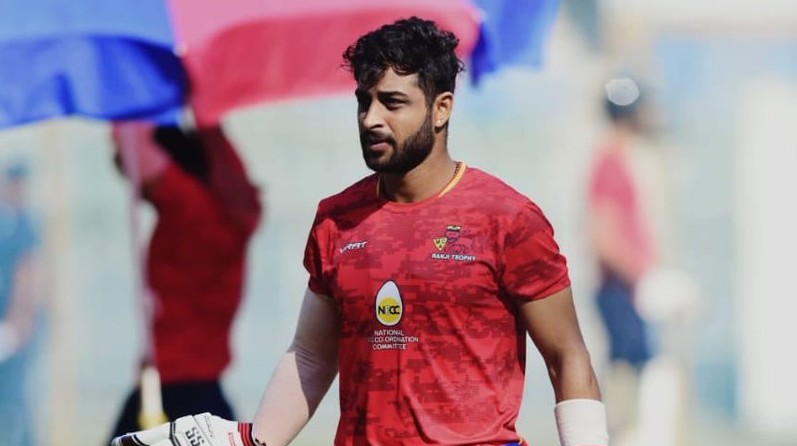 Whilst he’d previously made his List A and T20 debut’s for Maharasthra in his teens (Feb 2012 and Mar 2013, respectively), his first-class debut came against Gujarat for Mumbai in November 2016. He played 3 Ranji Trophy matches that summer, striking a brilliant 76* against Bengal, but only featured in 1 match the following season (2017/18).

He returned to the Mumbai fold in 2018/19 and enjoyed decent returns, hitting 320 runs at 40, to earn himself an IPL contract with the Rajasthan Royals for their 2019 campaign. He didn’t feature and was released ahead of the 2020 IPL auction.

Given Ranjane’s exclusion, he now has a window to play abroad this summer and has subsequently signed with Castle Eden for their 2020 North East Premier League campaign.

He will replace Muhammad Saad, the Pakistani run machine who has been advised not to travel abroad in order to push for National selection.