Cowdrey is pleased to announce the re-signing of Overseas Star, Minhaj Jalill, for its 2020 Kent League campaign. 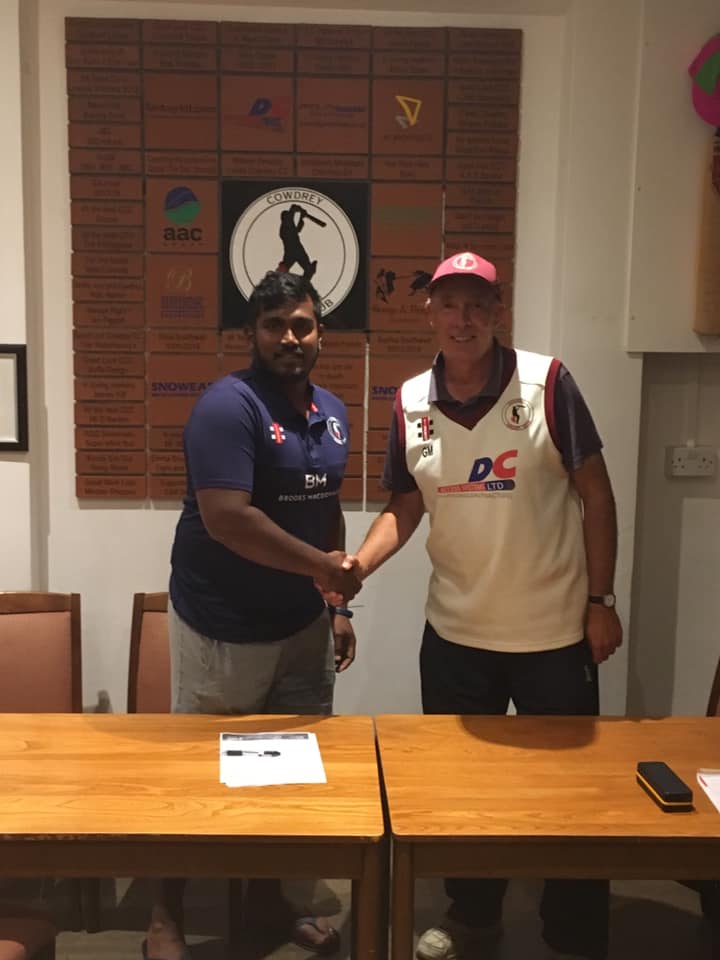 Minhaj re-signing with Cowdrey before his return home in September.

Jalill was a great success last summer, helping the club to a 4th placed position in Division 3 of the Kent League .He excelled, especially with the ball taking 45 wickets at 10.93 alongside 684 runs at 40.24.

Speaking about the signing, the Club mentioned the following on Facebook.

Cowdrey Cricket Club are pleased to announce the re-signing of Overseas Star 🌟 Minhaj Jalill for the 2020 cricket 🏏 season.

Minhaj was also a huge hit with the Junior section and will be heavily involved in 2020. Cowdrey CC wish Minhaj Jalill well in his first class cricket season in Sri Lanka 🇱🇰

Jalill is an exciting top-order batting prospect playing for Saracens Sports Club in the top tier (A) of Sri Lankan first-class cricket.

He joined Saracens in 2017/18, following a barnstorming 2016/17 season with Galle Cricket Club (358 runs at 35.80). He churned out 474 runs at 29.62, finishing as Saracens third leading run-scorer, narrowly behind Harsha Cooray and Kanishka. Jalill has started to his straps in first-class cricket over the past few seasons, having played solitary matches for Tamil Union and Athletic Club and Colombo Cricket Club in 2014/15 and 2015/16 respectively.

He spent the 2018 season plying his trade in the UK for Devon Premier League side Bovey Tracey. He struck 515 runs at 34.33 and took 15 wickets at 44.33, but also impressed in our CricX (Overseas v English) back at Buckingham Town in August, top-scoring with 59 and bowling some useful overs with his off-spin.

He impressed again last summer, culminating with a new contract with Cowdrey for the 2020 season.