Batticciotto is, quite simply, a run-scoring machine who has excelled in both the UK and Australia for two decades.

The former Australian Under-19 and Queensland State batter has racked up over 15,000 runs and taken nearly 400 wickets in club cricket.

Son of a Sicilian father and English mother, Batticciotto has used his British Passport to play 9 seasons in the UK and has featured at County 2nd XI level for Lancashire, Kent, and Essex. 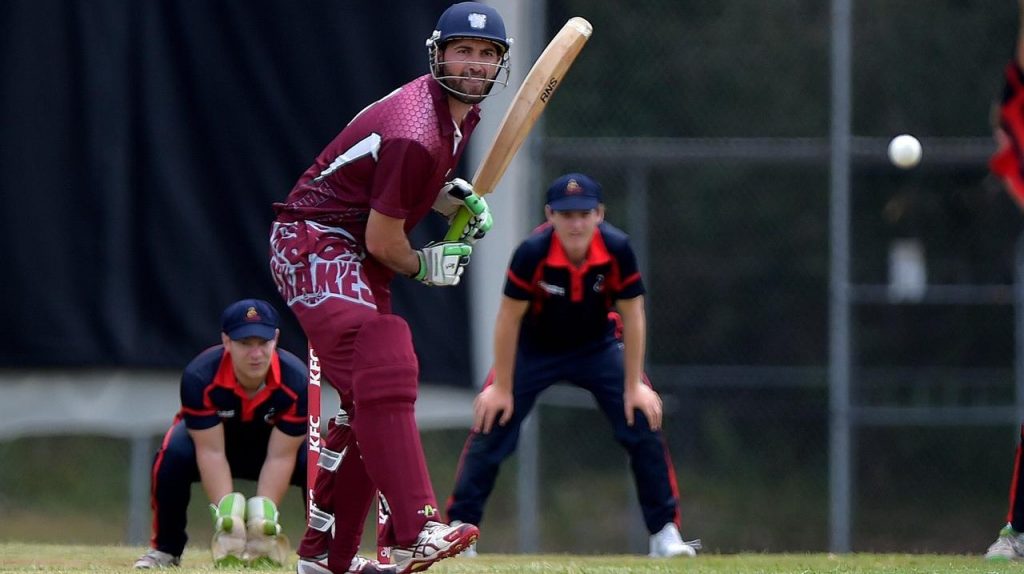 Back in Australia, Batticciotto has starred in Queensland’s Grade Competition for Sandgate-Redcliffe for over a decade. His 2007/08 season (741 runs at 67.38 in all cricket) won him the Peter Burge Medal and was responsible for a Queensland Bulls contract and spot in the QAS team.

The left-handed batter struck a half-century on debut for the QAS, then, in November 2009, hit his maiden first-class hundred (101) against Tasmania.

In recent years, he has left Grade cricket to play locally for Caboolture Sports Cricket Club in the Sunshine Coast Cricket Association – the side he also skippers.

After a few years’ hiatus, the batting all-rounder embarked on another UK stint in 2019 and enjoyed further success for Oxton in the Cheshire County Cricket League (649 runs at 49.92).

He was set to return again last summer before COVID struck, but has subsequently secured another opportunity for the 2021 season. Batticciotto will return to the Northern Premier League next summer, to play a full season for Darwen following sub-pro stints over the years.

Speaking about the signing, Darwen stated the following on Twitter:

We are delighted to announce Glen Batticciotto as Club Professional for the 2021 season. Glen brings a wealth of UK experience and has previously produced some fine performances for the Towers when filling in as sub pro.