HBS is pleased to announce their Kiwi quick, Zak Gibson will return to for a second season in 2020.

Gibson is a towering quick playing domestic cricket for the Northern Knights in New Zealand. He made his first-class debut in March 2016, then followed up with his white ball debuts early the following season (T20 – Dec 2016; List A – Jan 2017). He has since played 45 matches across the three formats, in a State squad that can boast no less than 14 current or former Blackcaps, to include the likes of Kane Williamson, Mitch Santner, Trent Boult, Tim Southee, and BJ Watling, to name but a few.

A talented rugby player, Gibson could have been lost to New Zealand’s national game if it weren’t for a broken collarbone whilst playing for the Chief’s Under-18 side in July 2014. After a winter recuperating, Gibson decided to take a break from rugby to pursue cricket. Purely focussing on cricket helped him progress in leaps and bounds.

In November 2015, Gibson was the inaugural recipient of the New Zealand Cricket Maori Scholarship, an award that provided him with resources and support to continue his development, which included mentoring with former Blackcaps legend, Shane Bond. 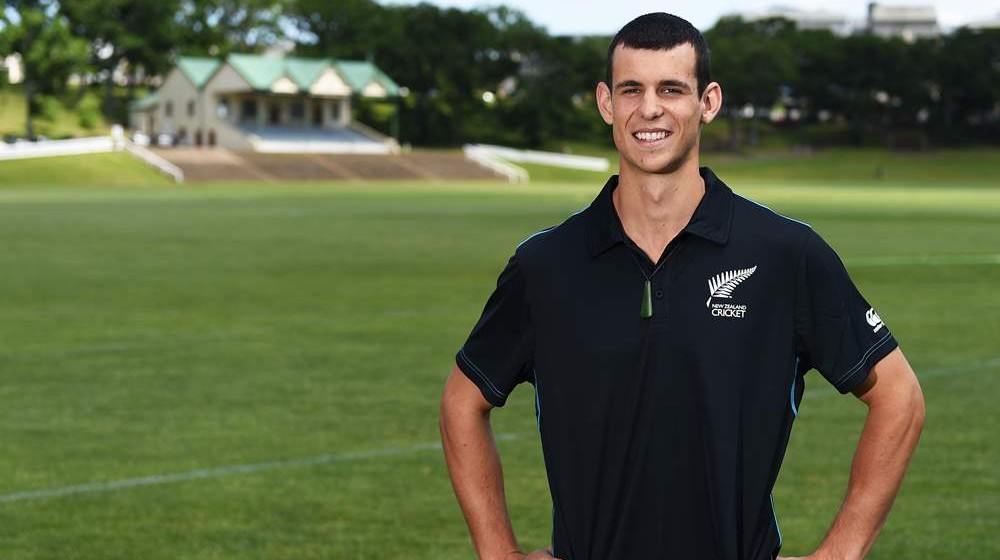 Zak was fast-tracked from the New Zealand U19s to play for the Northern Knights.

From 19s to Knights

He was then picked to play for New Zealand at the ICC Under-19 World Cup in January 2016 and a few months later, made his Knights first-class debut, where he picked up the wicket of serial run-churner, Greg Hay. He has since gone on to play 11 Plunket Shield, 16 Ford Trophy and 5 Super Smash matches.

Given the quality of the Knights seam attack, Gibson is often left on the sidelines when Southee, Boult, Wagner and de Grandhomme return from Blackcaps duty. That said, he has made a great impression for the Knights, hence he was the recipient of another ND State contract for the 2019/20 season.

The talented quick has impressed this summer and was picked to play for the New Zealand XI against the touring Indians in January 2020. Gibson tormented the Indian batters, taking figures of 4-51 and 2-72 in his two List A outings at Lincoln.

Gibson is quite the prospect who is set to return to HBS in the Dutch Topklasse competition for a second season in 2020, following his domestic campaign for the Knights.