Earby is delighted to announce the signing of Sri Lankan batter, Nuwanidu Fernando, for their 2021 Ribblesdale League campaign.

Fernando is an exciting prospect, who has played 17 matches (1 Test, 16 ODIs) for the Sri Lankan Under-19s, to include the ICC Under-19 World Cup in New Zealand.

A strong, top-order batter, Fernando broke into the Sri Lankan Under-19 side for the Asian Cricket Council Under-19 Asia Cup in November 2017, playing matches against Afghanistan, UAE, and Pakistan.

He was then a key member of the side that traveled to New Zealand in January 2018 for the World Cup (he averaged 33) before 5 matches (1 Test, 4 ODIs) against the touring Indian’s in July/August 2018 – his highlight – a fighting 78 from 134 balls in the first Youth Test). 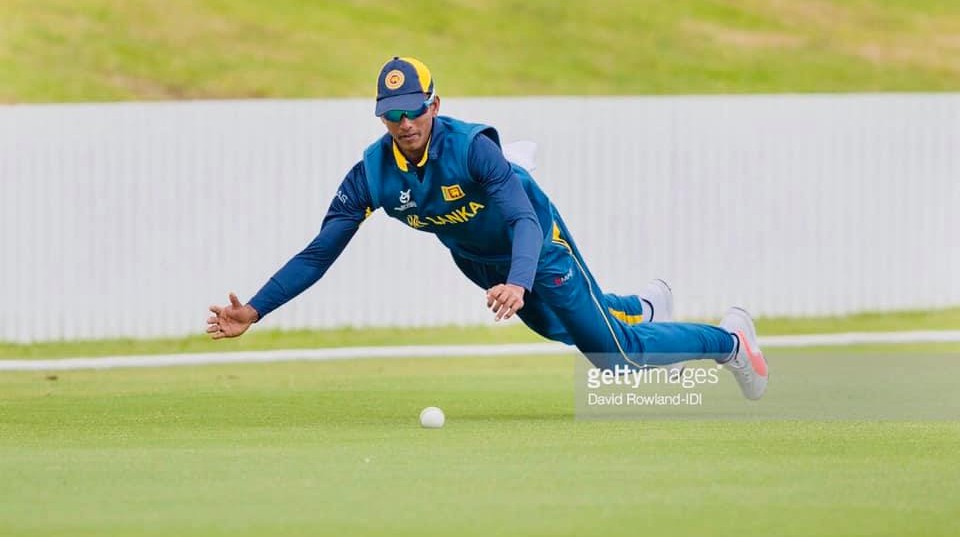 Fernando earned his national selection courtesy of a strong showing in the Super U19 Provincial Tournament in April 2016, where he averaged 58.50. In December 2016, he made his first-class debut, hitting 25 for Panadura in Sri Lanka’s Premier Tournament (Tier B).

On the 1st January 2019, he was picked to play against the touring Ireland A side for the Sri Lanka President’s XI, hitting a fine 35. Thereafter, he joined Premier (Tier A) side Badureliya and played 2 first-class matches over the next few weeks.

However, in search of regular outings, Fernando moved to current club, Sinhalese for the 2019/20 season. He impressed, striking 352 runs at 32, including his maiden first-class century (109) against Burgher Recreation Club (Feb 2020).

Whilst known for his batting, Fernando is a skillful off-spinner, who was a genuine all-rounder at College and under-age level.

The talented batting all-rounder is a potential star of the future and was set to embark on his maiden UK stint in 2020.

Unfortunately, COVID struck, but Ribblesdale side Earby has deferred the agreement through to next summer.