Negi is a genuine seam bowling who, in November 2019, hammered the fastest half-century in the history of Syed Mushtaq Ali Trophy (T20), scoring 50* runs off just 14 balls against Mizoram.

The all-rounder has now played two seasons for Meghalaya in Indian domestic cricket. A skillful opening bowler and hard-hitting middle-order batter, Negi enjoyed a strong 2018/19 campaign, particularly in white-ball cricket with the ball.

Recommended by fellow CricX client and Ranji Trophy run machine Punit Bisht, Negi has become a key performer for Meghalaya in all formats. 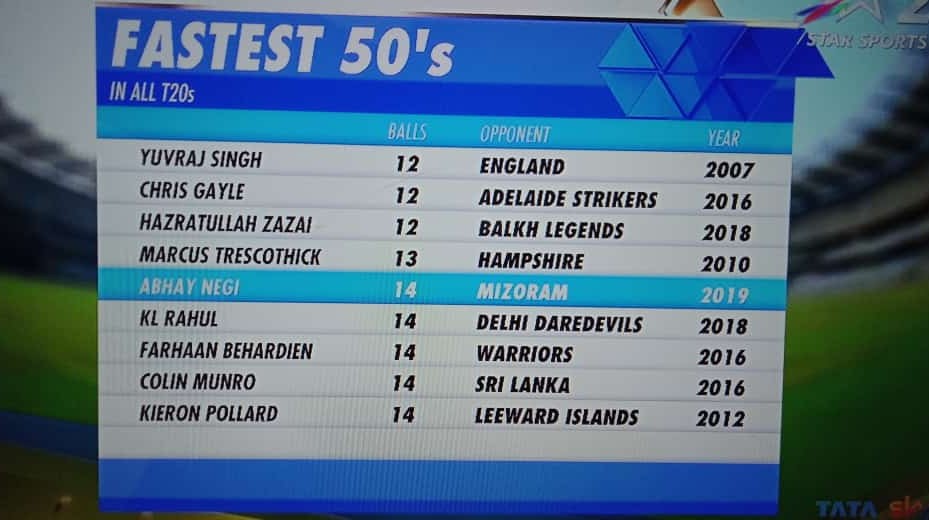 In Ranji Trophy cricket, he produced best bowling performances of 4-39 (once again, against Arunachal) and 3-34 (v Manipur).

The talented Meghalaya star is quite the prospect who was set to embark on his maiden UK stint in 2020, but COVID struck to prevent this opportunity.

However, Northern Premier League club, Fulwood and Broughton, have subsequently signed the Indian all-rounder for their 2021 campaign.