Buckley Ridges has moved to overcome the restrictions imposed by Covid-19 by signing Gloucestershire duo Ian Cockbain and Benny Howell for their 2020/21 Dandenong and District campaign.

The Buckey recruiters have been canny in working to outflank the restrictions imposed by Covid on the club’s overseas recruiting by cleverly targeting players with Australian affiliations – hence the signings of Ian Cockbain and Benny Howell – to beat immigration restrictions affecting non-Australians.

Australia is like a second home to Ian. His wife, Amy, is from Adelaide and he has extensive experience playing in Australia – both district and club cricket in Melbourne and in Adelaide.

Benny holds both British and Australian passports, while his wife is half Argentinian and half American. His dad is English, mum’s an Australian and they live in Mornington, where he will be based.

Born in Liverpool, Ian started playing cricket with Bootle CC, before moving up to play for Lancashire’s 2nd XI, where he was picked for the MCC Young Cricketers XI in 2008. He moved to Gloucestershire in 2010

Ian is delighted to be joining Bucks and told treasurer and chief recruiter Chris Rattle that he was recently briefed on the club by Nottinghamshire’s skipper and former Buckley captain-coach Steven Mullaney.

I spoke with Mulls a few weeks back and he really enjoyed his time with you guys. I’m looking forward to getting over.

In further good news, his white-ball contract with Gloucestershire allows him to stay with Buckley for the finals, and he hopes to have a long-term partnership with Bucks. 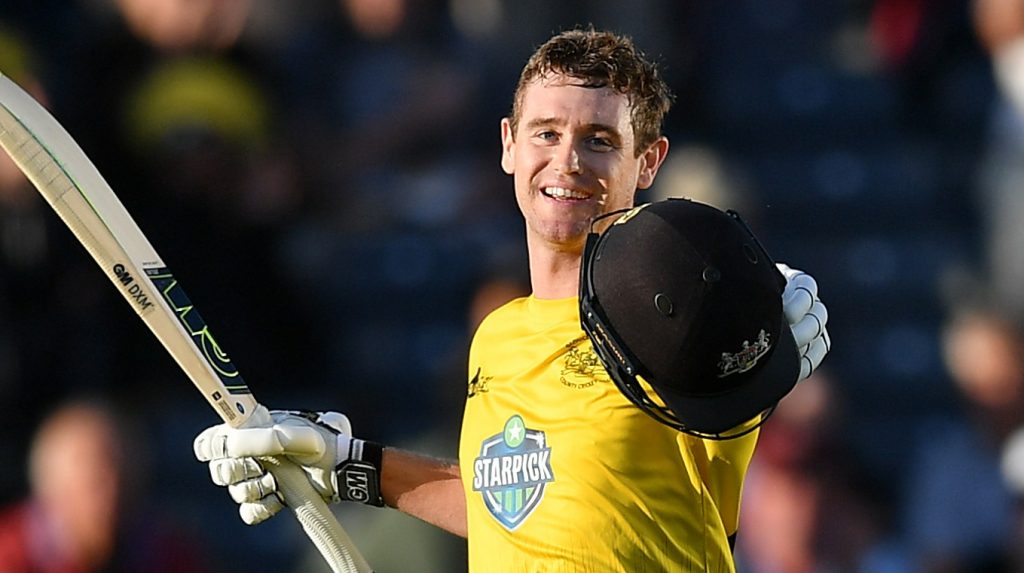 Ton up for Coey. (c) clubcricket.co.za

Ian, who is 33, and Amy had their first child, a boy named Leo, on June 19. They were married in Cape Town, South Africa, where he also played some cricket.

In more recent years he has played as a T20 specialist for the country, with a top score of 123 (12x4s and 8×6) also against Middlesex. (He forged a 99-run partnership in 11 overs with his skipper, former Victorian and West Australian, Michael Klinger.)

In 2016, Ian was the third-highest scorer in the English NatWest T20 Blast competition, behind his captain Klinger and Glamorgan’s South African Colin Ingram, before an unusual incident in the nets cruelled his first-class career.

He was appointed captain of Gloucester’s T20 side after Geraint Jones retired in July 2015 but in his first match as skipper misfortune struck: his wrist was broken by an errant full toss in the nets on the second morning of the match against Leicestershire and he was sidelined for several weeks, which prompted Jones to immediately come out of retirement and resume as captain.

He also captained Bonbeach Tangy in the Southern Bayside Competition in 2016-17, where he scored 582 runs @52.9, with a highest score of 142 against Chelsea.

At the end of that season, he was named captain of the Southern Bayside Turf Competition’s Team of the Year.

Ian has the twin nicknames of “Coey” or “Mini” – the latter presumably because his father, also named Ian, played 47 first-class matches for Lancashire in the 1980s.

Ian senior, who was a legendary player and captain at Bootle CC before and after he played for Lancashire, in fact, captained his son between the age of 14 and 20 and has been the biggest influence on his cricketing journey.

All at Buckley extend Ian, Amy, and Leo a very warm welcome.

Benny,32, is an all-rounder — right-hand top order batter and right-arm medium pacer – who has built a reputation as an English first-class player with the biggest variety of deliveries in his arsenal, plus accuracy.

In particular, he is renowned for his knuckle ball, which he has worked on assiduously, including by closely watching American baseball pitchers. 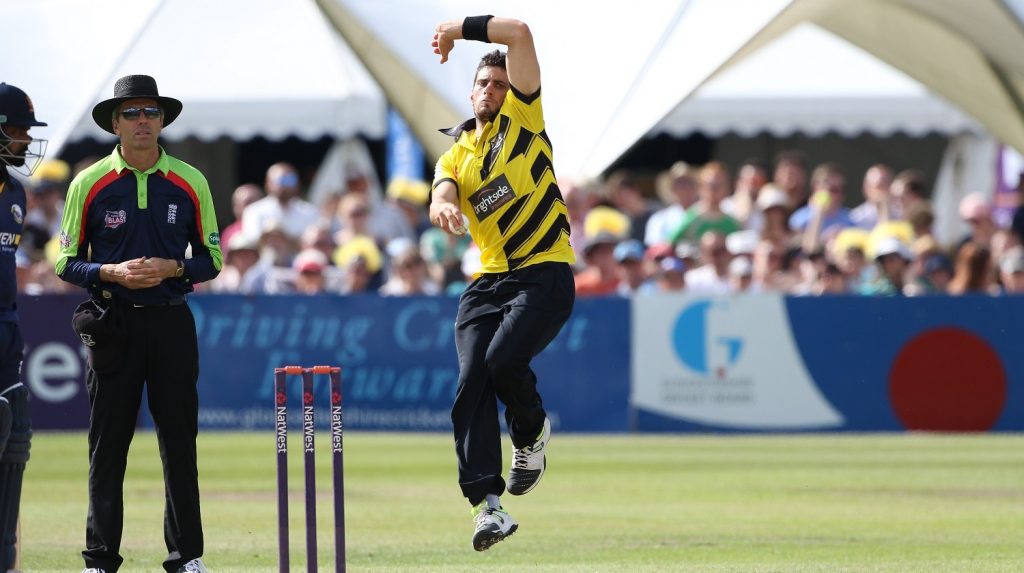 Benny has been credited in the British cricket media as having up to 50 different types of delivery – which he debunks as an exaggeration – largely as a result of his infatuation with baseball pitchers and the grips they use. (He played club baseball while living in the US – in fact, he met his wife at a game – and got tips from minor and major league pitchers. He also played baseball for Malvern Braves in Melbourne during one of his stints in district cricket.)

So let’s hear from Benny (thanks to quotes in the Daily Sun newspaper in the UK last year).

I have a number of different variations . . . I think I am somewhere between a spinner and a medium pacer, almost like a quick mystery bowler.

Practice and practice and don’t stop practicing. If you practice well, you will eventually get it right.

(The) screwball is like a leg cutter. The ball rotates backwards from fine leg to mid-off, so the ball drifts in. It’s a baseball name. The pitcher uses this. If you look closely they throw that out of the side so the ball rotates and moves in.

Benny , whose nick-names are Growler and Towell, began his first-class career with Hampshire in 2010, before moving to Gloucestershire in 2012.

He was the top wicket-taker in the 2016 NatWest T20 Blast competition with 24 scalps, and the previous year he was ranked No.2 in the English Professional Cricketers Association most valuable player (MVP) awards (behind his Gloucestershire teammate and skipper, Australian Michael Klinger). in the Royal London One-Day Cup where he averaged 42.8 with the bat and took 15 wickets @28.0.

Benny missed a year of cricket with calf and hamstring injuries and returned in September to play for his country against Somerset in the Vitality Blast match at Taunton, and partnered with none other than Ian Cockbain to help win the match: He blasted 49 off 18 balls while Ian also hammered 50 off 27 balls.

In his three games for South Caulfield in 2018 he scored one half-century (69) with the bat at took nine wickets at 6.67.

Benny’s all-time favourite batter is Brian Lara, and favourite bowler is Brett “Binger” Lee .. . . . and he reckons he is a dab hand at cooking spaghetti bolognaise.

He has a young son and recently became the proud father of a baby girl, Sienna.

Benny arrives in Brisbane in early November and will spend two weeks in quarantine before coming to Melbourne, so get around him Buckley Boys!