Hampstead has celebrated the festive season by unwrapping a couple of promising kiwi cricketers ahead of their 2021 Middlesex League campaign.

The London-based club has secured the signings of exciting Otago prospects, Ben Lockrose, and Beckham Greenall-Wheeler. 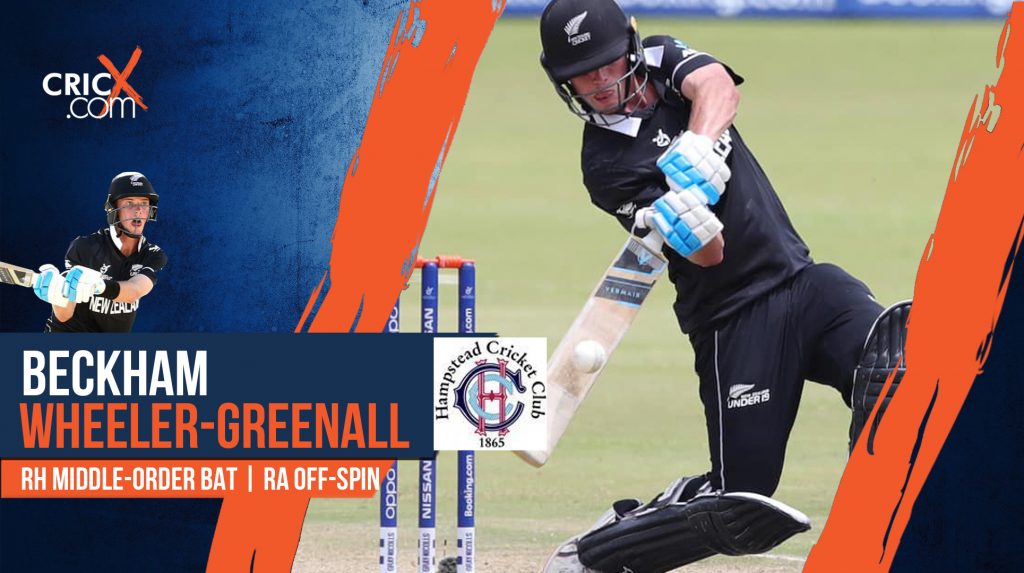 Beckham is, without doubt, one of the most exciting prospects coming through the New Zealand ranks.

Hailing from King’s Old Boys’ in Dunedin, whose alumni include the McCullum brothers, Beckham announced himself on the world stage early in 2020, courtesy of his exploits in the ICC Under-19 World Cup.

Heading into the tournament, former Otago Volt’s player, Bradley Scott, labeled him as “one to watch in future”. He didn’t disappoint.

He produced two stand-out performances. In a must-win game against Sri Lanka, Beckham took a stunning grab, before producing an energy-sapping 80 off 111 balls to help the side to victory and into the quarter-finals.

In the semi-final v Bangladesh, Beckham came to the crease with his team struggling at 74-4 in the 26th over. He proceeded to hit the opposition around the park to finish unbeaten 75 off 83 balls to give New Zealand some hope. Bangladesh proved too strong, winning by 6 wickets.

Beckham finished the tournament with 186 runs at an average of 62 and caught the eye of several observers and commentators alike.

Much will be expected of the hard-hitting all-rounder, both for Hampstead and in future. 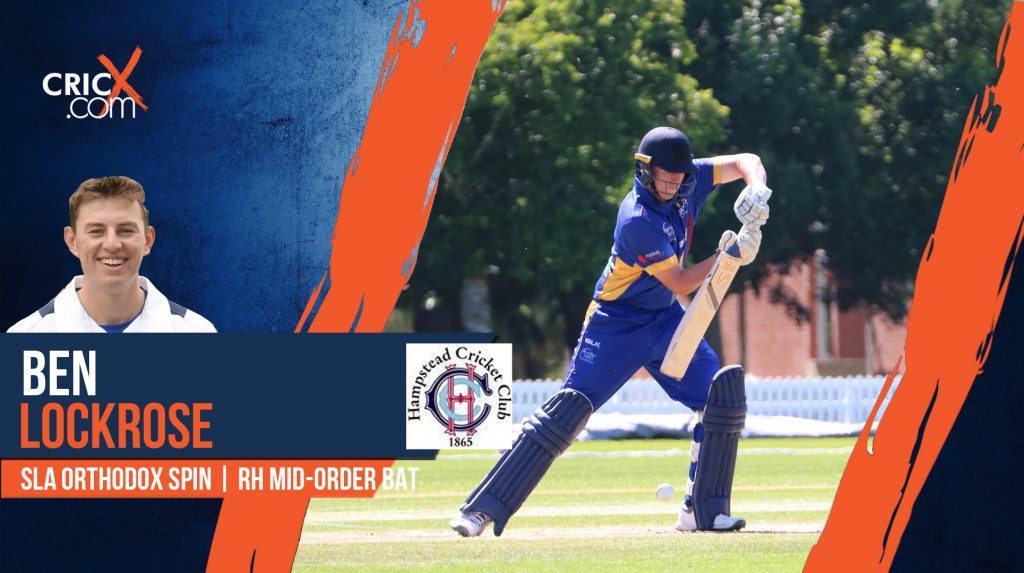 He has progressed through the Otago ranks, representing the State through the age groups, and breaking into the senior Volts set-up.

A schoolboy prodigy, Lockrose starred for Otago Boys in three National Secondary Schoolboys Championships. In his final season (2017/18), he was named the NZ Secondary School’s Youth Cricketer of the Year, courtesy of 11 wickets at 9.63 to top the Schoolboy wicket charts.

The previous summer (2016/17), he excelled for Otago at both the Under-17 (13 wickets at 17) and Under-19 (11 wickets at 18.09) Championships, to earn selection for the New Zealand Under-18s. The side competed in the National Provincial A Tournament and, unsurprisingly, Lockrose was a key figure, finishing as the tournament’s second-leading wicket-taker (10 wickets at 15.60).

Thereafter, the tweaker made his Hawke Cup debut for Southland against North Otago (February 2017) taking figures of 6-41 (20).

At 17, and still at school, his exploits were rewarded with a senior Otago Volts debut in December 2017. Lockrose donned the baggy blue in a side including the likes of Blackcaps stars Neil Wagner, Mark Craig, Rob Nicol, Neil Broom, and Hamish Rutherford, against the Craig Cachopa-lead Auckland Aces.

Chucked into the deep end, Lockrose was handed the new ball with the Aces chasing 147 for victory in the Super Smash T20 fixture. He proceeded to take a wicket in his first over, that of Ben Horne, on his way to economical figures of 1-23 (4).

He played in the next match against the Firebirds, before heading back to Christchurch for the ICC Under-19 World Cup (January 2018).

Roll on the 2018/19 season and Lockrose made his Ford Trophy (List A), and Plunket Shield (first-class) debuts for Otago, before earning selection to play the touring Bangladeshi’s for a New Zealand XI in February 2019.

Unfortunately, he hasn’t featured for the Volts since, yet remains very much in contention for re-selection courtesy of his club, Minor Association, and Provincial A form.

He picked up another 5-wicket haul (5-55 from 19.3) for Southland during their Hawke Cup match against Mid-Canterbury (February 2019) and has since forged his way to becoming Otago A’s front-line spinner.

He is also an instrumental figure for Dunedin Premier club side Taieri, with whom, he has been the leading wicket-taker in two of the past three seasons (35 wickets at 11.2 in white-ball cricket in 2019/20).

Lockrose was named Taieri skipper for the current season (with Beckham his vc) – a season where he hopes to return to the Volt’s fold.

Thereafter, the left-arm spinner and his Taieri team-mate, will embark on their maiden UK league stints having signed with Hampstead for their 2021 Middlesex County League campaign.