Siriwardhana is, without doubt, one of the hottest prospects in Sri Lankan cricket. The youngster skippered the Sri Lankan Under-19s and is now making his mark in domestic cricket.

Playing for Moors in Sri Lanka’s top tier (Tier A) competitions, alongside the likes of CricX stars Ramesh Mendis, Adeesha Thilanchana, and Nimanda Madushanka to name but a few, the all-rounder impressed last summer and looks set for an incredibly bright future. 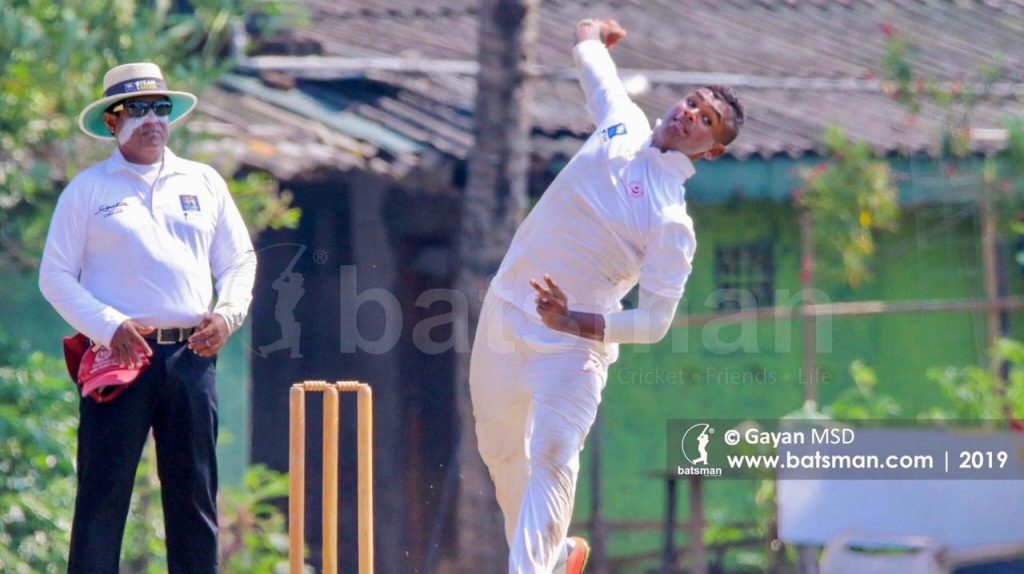 Ayana is a serious talent who is set to embark on his maiden UK stint with Harold Wood this summer. (c) www.batter.com

Siriwardhana is an explosive batter and gifted off-spinner, who starred for the Under-19s during the Challenger Series against India in November 2017. After striking a quick-fire 47-ball 59 in the opening match, he then evidenced his all-round prowess with the ball throughout the series, taking notable figures of 4-34 before 4-36 in the final against India.

The all-rounder had previously made his first-class debut for Kalutara Physical Culture Club in January 2017, before moving to Moors, where he featured across the three formats during the 2018/19 season.

The highlight was undoubtedly his quite sensational hundred against Sri Lanka Navy in March 2019. Coming in at number 7 with Moors teetering at 137-5, Siriwardhana produced an unbelievable inning, driving Moors to 319 in their 50 overs, finishing 105 not out from only 50 balls. His innings including 8 fours and 9 massive sixes.

In his 7 List A outings last summer, he averaged 46 and was Moors’ second-leading wicket-taker with 8 wickets at 29.

The talented youngster is set to feature for Moors in first-class over the coming months before embarking on his maiden UK stint having signed with Essex club Harold Wood.