Horspath is delighted to confirm the re-signing of Maharashtra legend, Anupam Sanklecha, for their 2021 Home Counties Premier League campaign.

Anupam Sanklecha is a stalwart of the powerhouse Maharashtra side in Indian domestic cricket. He has led the attack for most of his career, dating back to his first-class debut in November 2004.

Since then, he has played 57 Ranji Trophy games, where he has taken exactly 200 wickets at 25.60 with 12 five-wicket bags and 2 ten-wicket match hauls.

Before the introduction of the Indian Premier League (IPL), he represented the Mumbai Champs in the Indian Cricket League (ICL).

Thereafter, he has been a loyal servant of a Maharashtra side that has been littered with Indian internationals over the years. 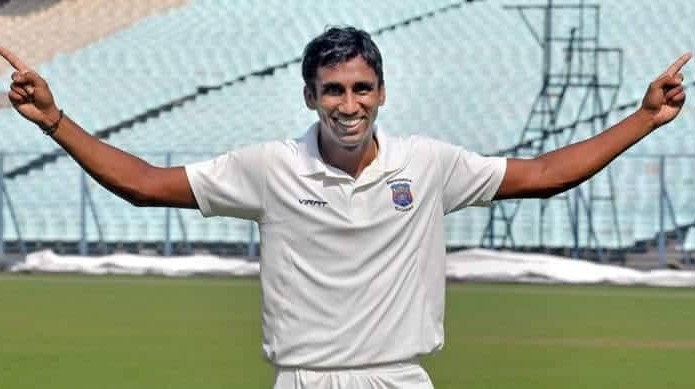 Sanklecha is a prime example of the old adage “like a fine wine”, as he’s clearly getting better with age.

Sanklecha has also proven his worth with bat-in-hand over the years, with 3 half-centuries and a highest score of 66, all with a first-class average of 14.20 (16.08 in List A cricket).

One of league cricket’s best

The Indian has also starred in UK league cricket. After a stint in Durham for Evenwood in 2007, he has spent the past 5 seasons dominating the Home Counties Premier League for Shipton-under-Wychwood (2014-18).

Unfortunately, the club was relegated down to the Cherwell League for 2019, therefore due to league rules, Sanklecha was deemed ineligible, hence unable to return.

After a year’s hiatus, Sanklecha signed with Home Counties Premier League outfit Horspath for the 2020 season. COVID put pay to that, but the club was swift to defer the agreement through to the 2021 season.