Is it time for the dynamic Lahiru Udara?

Is it time for the dynamic Lahiru Udara?

Lahiru Udara’s strong domestic form has put him in the frame for the Bangladesh Tests in October.

If his 800 runs during the 2018/2019 domestic First-Class tournament didn’t catch anyone’s eye, the dynamic Lahiru Udara‘s four-figure 2019/20 season surely did.

He ended up as the tournament’s top run-scorer with 1039 runs averaging over 86, ahead of some of Sri Lanka’s top players including Dinesh Chandimal who was the only other player to cross the 1000 run mark. 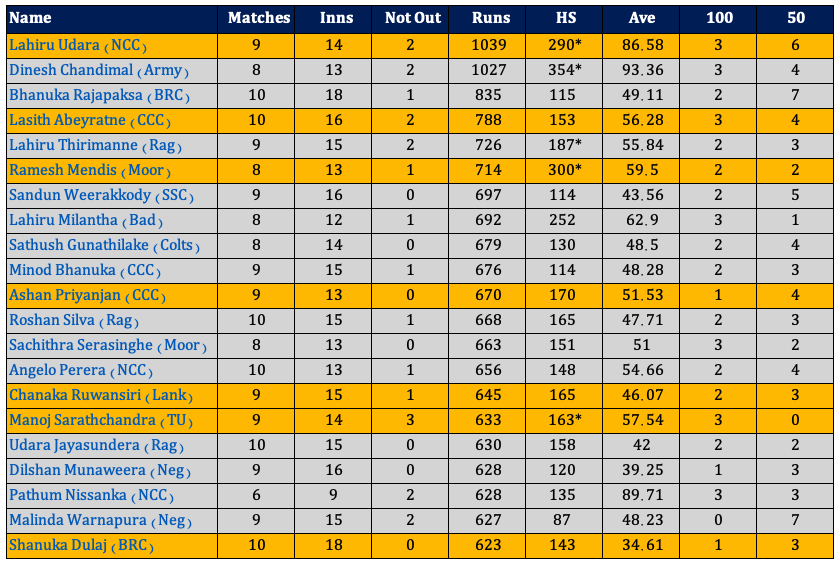 Another remarkable fact about Udara is the pace at which he scored these runs throughout the season, finishing off with a strike rate of 86.72 giving indications that he might also be a good investment as an all-format player. Udara hit three centuries throughout the season to go along with his six half-centuries, while he was unfortunate to be dismissed in the 90s on a number of occasions.

Lahiru was on song during our CricX v Future Stars match back in 2018.

Speaking to The Island Udara said

Lockdown was tough. I did workout at home but it was not the real deal. Once training resumed, I worked very hard to get back to where I left off as we had four games remaining.

Udara schooled at the Ananda Central College, Elpitiya before he made the switch to St. John’s, Nugegoda, to pursue better cricketing opportunities.

When I was ending my school career, I joined the NCC U-23 team back in 2012 and never really looked back since’, said Udara.

Udara is also a wicket-keeper by trade but he has been playing as a specialist batter for NCC during the recent past, as his team-mate Niroshan Dickwella – the Sri Lanka Test wicket-keeper – stands behind the stumps.

Time for a call-up?

His consistent performances during the past couple of years has now put him in the frame for a possible call up for the Bangladesh Tests in October, and he has done no harm to his reputation with his performances post-COVID-19, where his last five innings were (most recent first) 66, 111, 93, 90 & 105 in First-Class cricket.

My dream is to play for Sri Lanka. If I get the opportunity, I will give my best shot for my country. 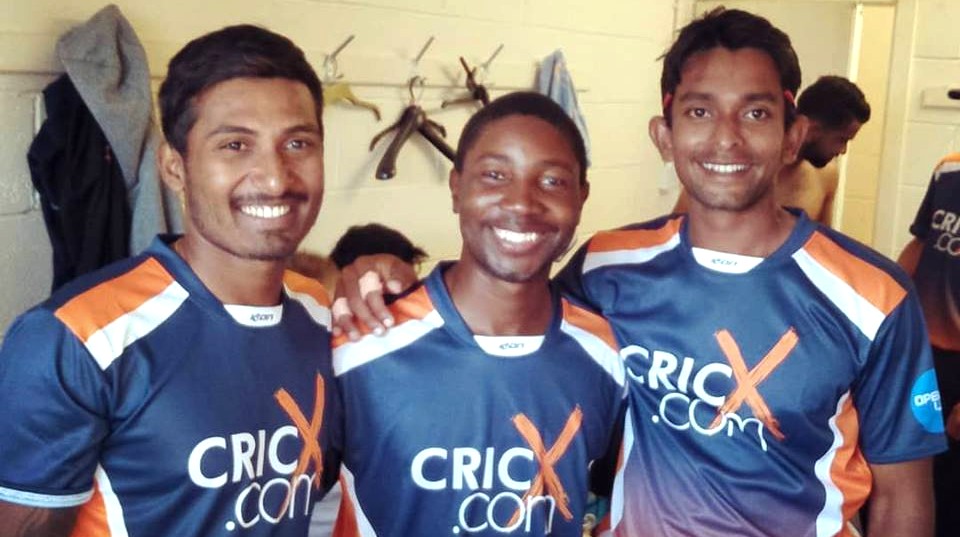 Lahiru with a couple of legends during our CricX v Formby match back in 2018.