Kirkburton is delighted to announce the return of their Sri Lankan star, Roscoe Thattil, for their 2021 Drakes Huddersfield League campaign.

Thattil is an accomplished first-class batting all-rounder playing for Negombo Cricket Club in Tier A of Sri Lanka’s Premier Tournament. 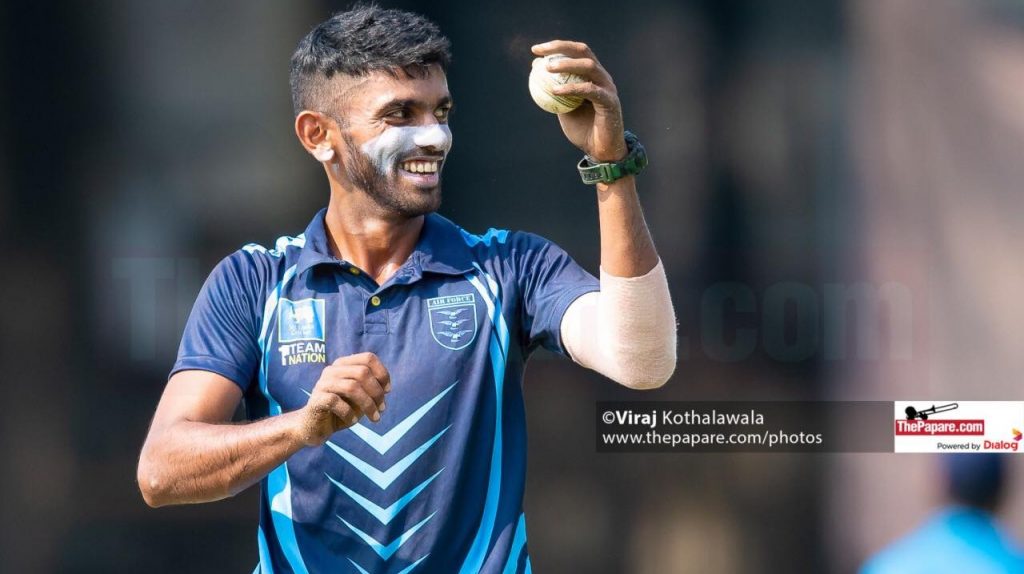 Roscoe with ball in hand ready to work his magic. (c) The Papare.

During his maiden overseas trip, Thattil struggled with the bat, but excelled with the ball, finishing third on the Southern Premier League (Division 1) wicket charts. The all-rounder then headed down under, playing a season in the Wellington Premier Competition for Johnsonville. This time, he produced the goods with the bat, scoring 429 runs at 39, albeit was used sparingly with the ball.

In 2014/15, Thattil played over the ditch in Australia for Newcastle District Cricket Association club Charlestown District. He scored 450 runs at 22.50 and took 28 wickets at 19.25 in a solid season’s first grade. The all-rounder then returned for a second stint in England where he excelled playing for Kirkburton in the Drakes Huddersfield League in 2019 (1,183runs at 49.29 and 21 wickets at 32.33).

Thattil is not only a quality cricketer but an intelligent bloke, who comes highly recommended by numerous sources, including Sri Lankan domestic legend Dinuka Hettiarachchi. Given his success for Kirkburton in 2019, it’s unsurprising that they re-signed Thattil for 2020. Unfortunately, COVID struck, so the club has deferred the agreement through to the 2021 season.