Langley Mill United have pulled off a coup with the recent signing of former Bangladeshi Test batter, Marshall Ayub, for their Derbyshire Premier Cricket League campaign.

He has been an absolute stand-out performer in domestic cricket, particularly in the first-class and List A formats in recent years, following his 3 Tests between October 2013 and January 2014. 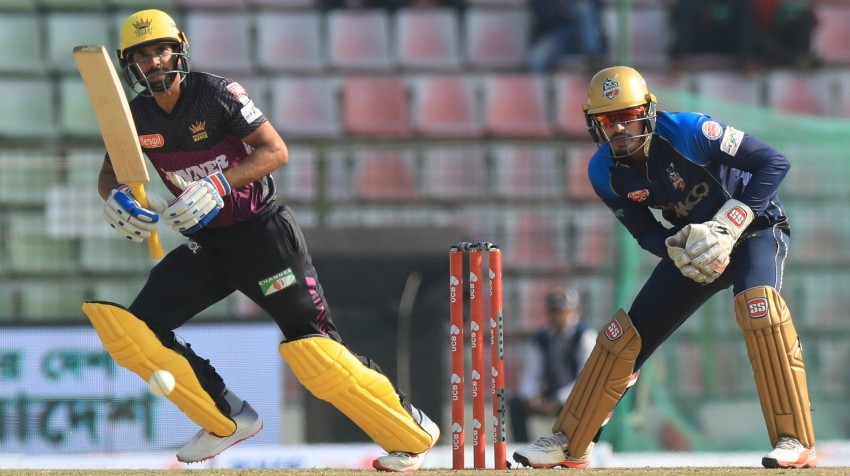 Marshall in full flow in the Bangladesh Premier League.

The Bangladeshi run machine was set to play his maiden UK league stint in 2020 before COVID struck.

Nevertheless, Langley Mill United (Derbyshire Premier Cricket League) was quick to defer the agreement and are looking forward to seeing Ayub in action next summer.