Linden Park is delighted to announce the signing of Sri Lankan professional, Roshan Jayatissa, for their 2020 Kent League campaign.

Roshan Jayatissa is one of the most consistent spinners in Sri Lankan domestic cricket – with one of the best domestic records to match.

The off-spinner has taken 195 wickets at 23.59 since his first-class debut in October 2009. His tally includes 10 five-wicket bags and 2 ten-wicket hauls.

He has also excelled in white-ball cricket, averaging an incredible 18.64 and 20.11 in List-A and Twenty20 respectively.

After stints with Sri Lanka Army, Galle, Saracens, and Chilaw Marians, he moved to Panadura Sports Club for the current 2019/20 season.

Unsurprisingly, Jayatissa has impressed, to include match figures of 6-92 in his most recent match against his former club, Galle.

Jayatissa is widely recognised as one of Sri Lanka’s best, non-international, off-spinners. However, he’s no one-trick pony, as he is a more than useful operator with bat in hand, boasting 3 half-centuries and a highest score of 73 to his name in first-class cricket. 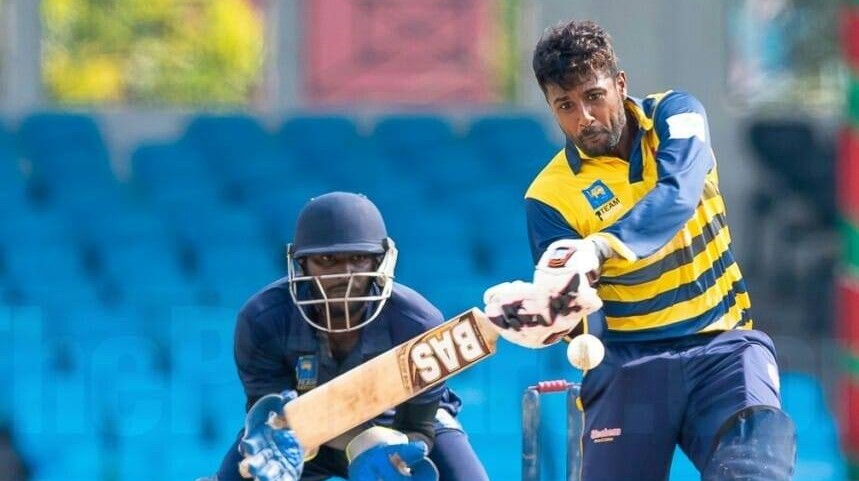 The experienced campaigner is a high-class performer, who has also showcased his all-round skills in UK league cricket over the past three seasons.

Playing in Division 1 of the Durham Cricket League for Tudhoe, Jayatissa produced impressive numbers and several Cup titles, for the club.

Last summer, he returned, this time to play in the first division of the WDCU (Western District Cricket Union) for Kelburne where he excelled again, particularly with the ball (21 wickets at 13.24).

The Park bag their man

He has been an absolute stand-out abroad and is now set to embark on another stint, having recently signed with Kent League outfit, Linden Park, for the 2020 season.