Masuku is one of Zimbabwe’s brightest pace bowling talents. He spearheads the Matabeleland Tuskers attack and comes highly recommended by Head Coach (and fellow CricX client) Mbekezeli Mabuza. To date, he has played 40 domestic matches across the three formats with tremendous success.

After making his first-class debut towards the end of the 2016/17 season, taking 5 wickets, including figures of 4-63 in the first innings against the Midlands Rhinos, he then excelled in the 2017/18 Logan cup campaign. He topped the first-class wicket charts with 32 poles at 23.06 and was rewarded with Zimbabwe A inclusion against the touring West Indians in October 2017. He was then involved with the Zimbabwe Select XI in the T20 Tri-Series to include Kenya and the Board XI (June 2018).

Masuku has now taken 71 wickets at 24.26 in 19 first-class games and is pushing for full Zimbabwe honours. Whilst known for his pace bowling, Masuku can lay claims to genuine all-rounder status. He boasts 4 half-centuries at first-class (3) and List A (1) level. 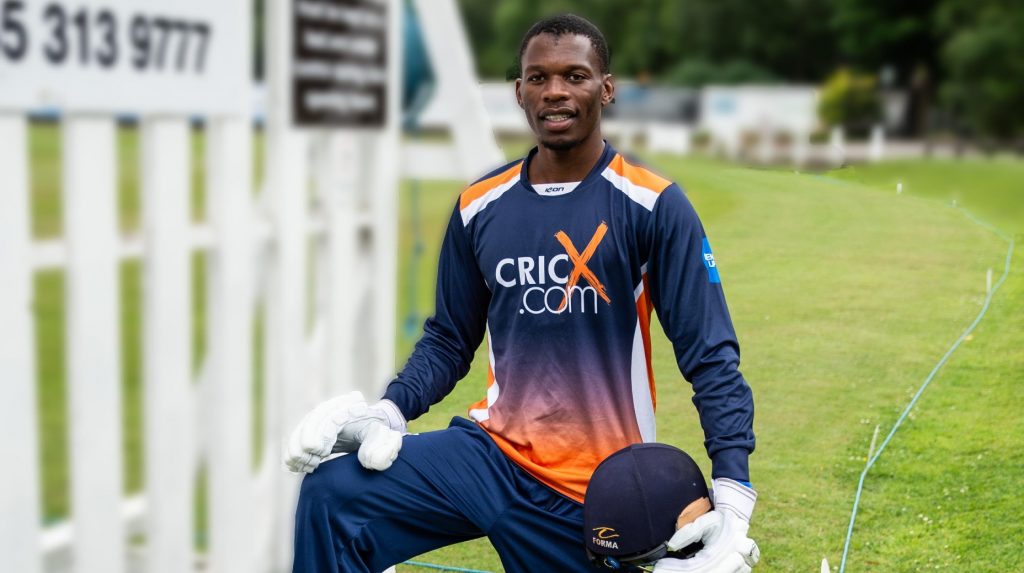 Ernest posing during our CricX v Icon Sports match at Heywood CC in 2019.

Eager to showcase his skills abroad, Masuku played for Dukinfield in the Greater Manchester Cricket League in 2019. He impressed with both bat and ball, to include 345 runs at 21.56 and 35 wickets at 21.43. He also completed his UKCC level 2 coaching course and was actively involved with club junior coaching.

The talented pace bowling all-rounder is now looking forward to his second UK stint in 2021 having recently signed with Plympton for their Devon Cricket League campaign.