Last summer, he joined the Tier A club having enjoyed a barnstorming season for Police Sports Club in 2017/18. The left-arm spin bowling all-rounder finished as the third leading wicket-taker (50 wickets at 19.60) alongside 288 runs at 24 in Sri Lanka’s Tier B Premier League Tournament.

In the top flight for Chilaw Marians, Vimukthi excelled, striking his maiden first-class century (120) amongst a first-class tally of 543 runs at 36.20 alongside 31 wickets at 25.61.

The all-rounder, who broke into domestic cricket for Panadura in 2016/17, where he averaged 20.75 and 38.33 respectively, is clearly destined for higher honours. 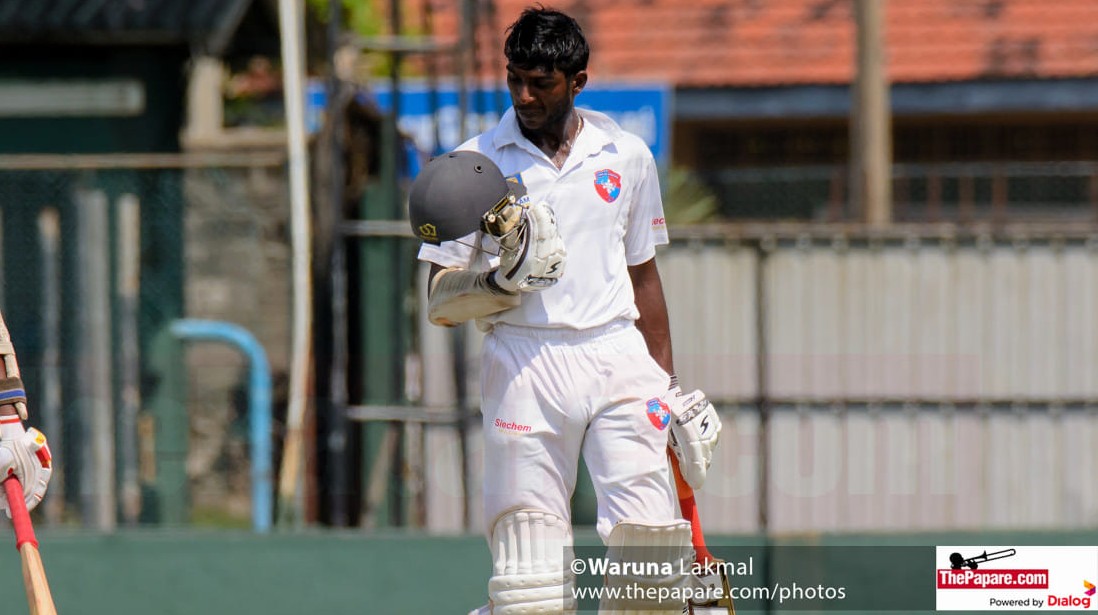 A schoolboy prodigy, Vimukthi excelled through the age-groups, particularly at Under-19 level. In the U19 2-Day competition, he scored 870 runs at 32.22 with a highest score of 132 alongside an incredible 77 wickets at 11.71 (nine 5-wicket hauls). He has clearly converted his promise as a junior to performance at senior level and has now pushed his name into the hat for international consideration.

Vimukthi has impressed at every level to date and has also done so abroad too, during his two stints in 2018 and 2019. During the former, in a struggling Bishop Auckland side, Vimukthi captured 55 wickets at 11.71, alongside 677 runs at 29.43 in the North Yorkshire and South Durham League and Cup competitions. The club subsequently re-signed him, but unfortunately, due to relegation, the contract became null and void.

The lucky recipients were Philadelphia who swooped in for the Sri Lankan star for their 2019 Durham Cricket League campaign. Vimukthi was sensational, once again, helping the side to promotion courtesy of 886 runs at 32.81 and 72 wickets at 10.54 in all cricket for the club.

For the 2020 season, Vimukthi has decided to return to the NYSD, this time to play for the powerhouse Richmondshire CC.