Kian Schwartz is the talk of the Two Counties Championship following his brutal match-winning ton on Saturday.

The British Passport holding South African, in only his fourth outing for East Bergholt, bludgeoned an 87-ball 114 to guide his side to an imposing 348-5 from 50 overs.

In reply, Schwartz bagged another 4-wicket bag, finishing with figures of 4-51 helping EB to a 45-run victory over Wivenhoe Town in the Two Counties top tier.

The all-rounder, who plays for Boksburg in the Easterns Premier League in South Africa, has enjoyed a productive start to his maiden UK season.

For good measure, Schwartz then rattled off successive Bank Holiday centuries, with a blistering 124 from 90 balls in a friendly against Essex University on Sunday. 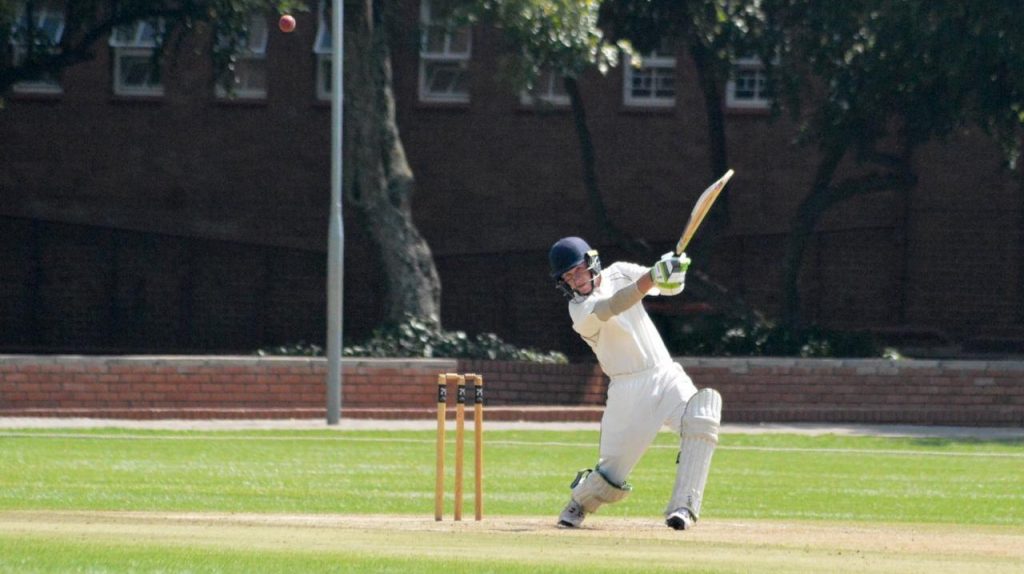 Kian blasting another boundary for Boksburg in South Africa.

A star home and seemingly abroad…

Prior to heading to Northern shores, Schwartz has been a stand-out for Easterns Premier League side Boksburg.

The former home club to Proteas quick Andre Nel, Boksburg is the only Easterns club to win the National Club Championships (2000).

They have since won several Premier titles and regularly feature towards the top of the Easterns tables.

Schwartz is an aggressive top-order batter who can either keep wicket or bowl decent seam-up. Since his 1st XI debut, he has played over 50 matches with an average just under 40.

And a South African international

Not only a promising cricketer in the outdoor format, but Schwartz has also excelled in Indoor cricket, where he has represented South Africa at Under-17, 19, and 23 level, including finishing runners-up at the 2018 World Cup.

The previous year, he was ranked as the third-best player at the Under-17 World Cup in New Zealand.

A bright future ahead…

Schwartz is clearly a bright prospect and is hoping his performances for East Bergholt will generate County interest this summer.