After a false start this year, Shotley Bridge is delighted to announce big South African quick Ottneil Baartman has deferred his agreement through to the 2021 season.

Born in Oudshoorn, Baartman is a tall, strapping pace bowler who is playing his maiden season for the Dolphins, following 3-years with rival Franchise, the Knights, in South African domestic cricket.

Such was his promise, Baarman broke into the Knights set-up in September 2017, having only played 8 first-class matches previously.

He went on to feature in 10 first-class matches for the Knights taking 29 wickets at 29.13, before his move to the Dolphins for the current season.

The powerful strike-bowler can lay claim to best match figures of 14-95 (7-27 and 7-68) recorded during his fifth first-class game for SWD.

The big man signs for Shotley

Baartman is clearly a player for the future who harbours national ambitions.

For now, though, the South African quick will look to excel in domestic cricket this summer before embarking on his maiden UK stint with Shotley Bridge for their 2021 NEPL campaign. 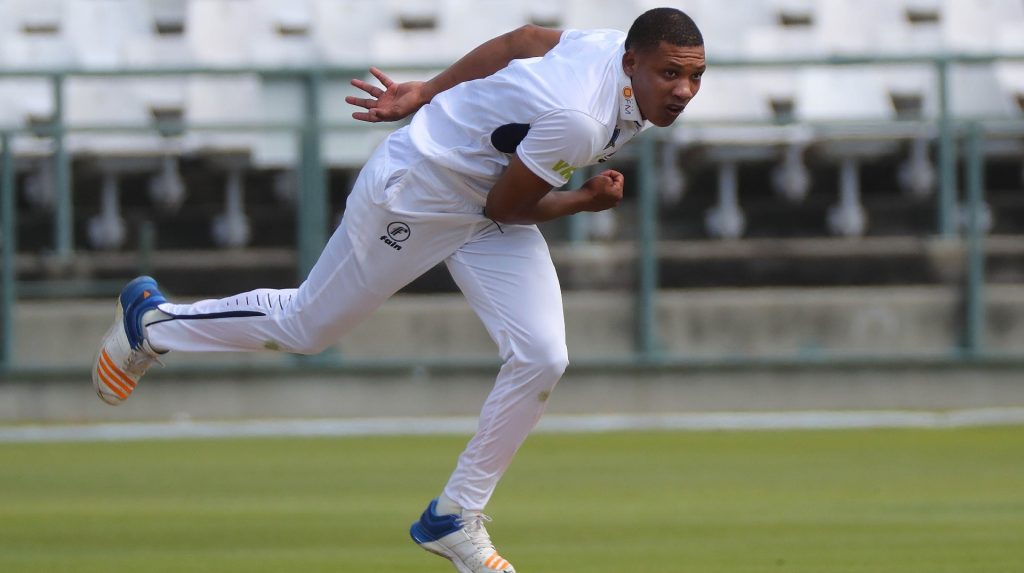 Ottneil is looking forward to making a big impact in UK club cricket.