Shotley Bridge has pulled off a coup with the signing of strapping South African seamer, Ottneil Baartman, for their 2020 North East Premier League campaign.

Born in Oudshoorn, Baartman is a tall, strongly-built, pace bowler playing for the VKB Knights in South African’s Franchise competition. 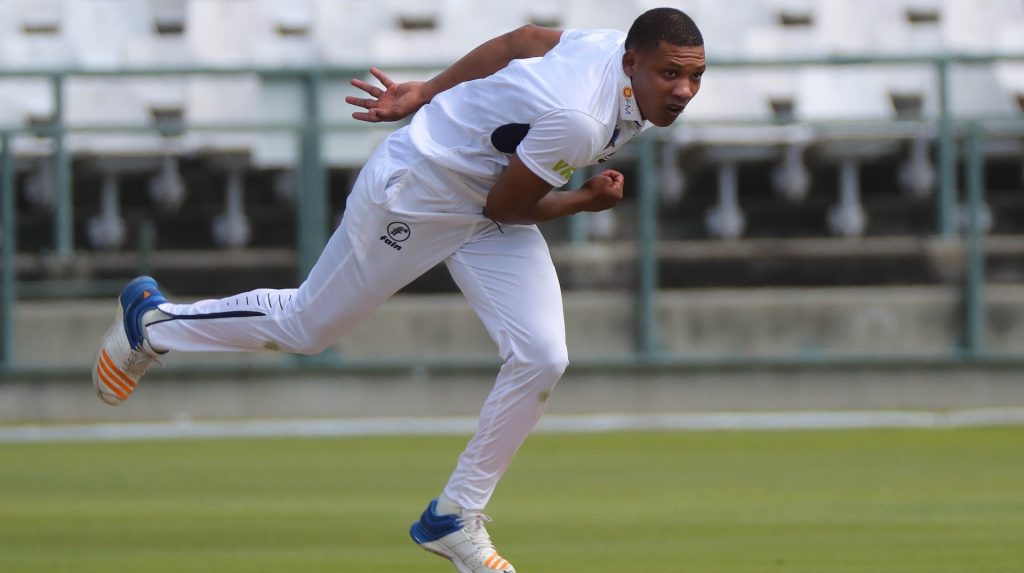 Ottneil in full flow for the Knights.

Baartman is clearly a player for the future who harbors national ambitions. For now, though, the South African quick will look to excel in domestic cricket this summer before embarking on his maiden UK stint with Shotley Bridge in 2020.

“As a Club we are delighted to have signed such an experienced first-class cricketer, we are very excited to see Ottneil in the green and gold next season as we aim to get promotion from division 1.”