Willoughby is an exceptional talent playing for the South Hobart Sandy Bay Sharks in the Cricket Tasmania Premier League.

Holder of a British Passport, Willoughby is a genuine all-rounder who bats in the top-order and bowls left-arm orthodox spin.

After 9 rounds, he currently tops the 1st Grade bowling charts with 12 wickets at 28.83, to include the best bowling performance against Clarence District (4-24).

With the bat, Willoughby sits third on runs (297 runs at 29.70), with notable scores of 77 and 96 against Kingborough and Greater Northern, respectively. 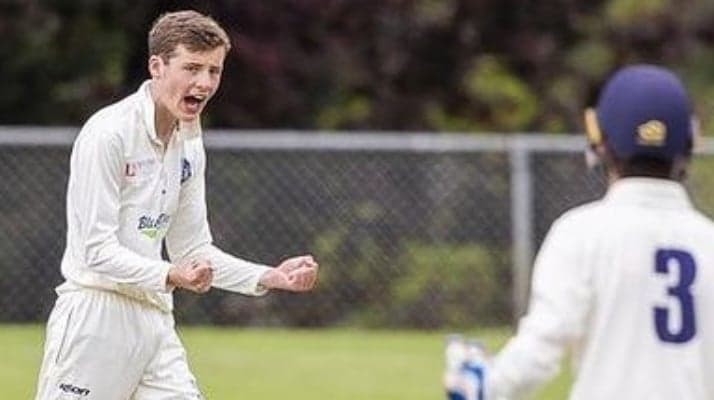 It has been a brilliant start for the Tasmanian prospect who represented the State through all age-groups. H

e was involved with Tasmania at the 2018 and 2019 Under-17 and 19 National Championships, respectively, following a glittering schoolboy career for The Hutchins School, with whom he skippered in his final season.

He was Cricket Tasmania Premier League’s Under-17 Player of the Year (2018/19) and has previously received the Junior Lord’s Taverners Scholarship, which recognises a young cricketer who displays outstanding ability, sportsmanship, and general attitude to the game of cricket both on and off the field.

Willoughby is looking to progress in the game, with his initial target, a second Under-19 Carnival for Tasmania in the New Year.

Following the season, Willoughby will head abroad to play his maiden UK league season having recently signed with Sleaford for their 2021 Lincolnshire County Board Premier League campaign.