Driffield Town has pulled off a coup with the signing of Sri Lankan run machine, Sangeeth Cooray, for their 2021 YPLN campaign.

Cooray is, quite possibly, Sri Lanka’s next Test opening bat. A gritty, and accomplished left-hander, he is one of domestic cricket’s most consistent run-churners.

In June 2019, he struck scores of 88 and 61 for the latter against their Indian counterparts. He was then involved with the Emerging Players Tri-Series the following month.

In March 2020, he also showed his all-round prowess, bagging the wicket of Keaton Jennings during England’s tour of Sri Lanka. 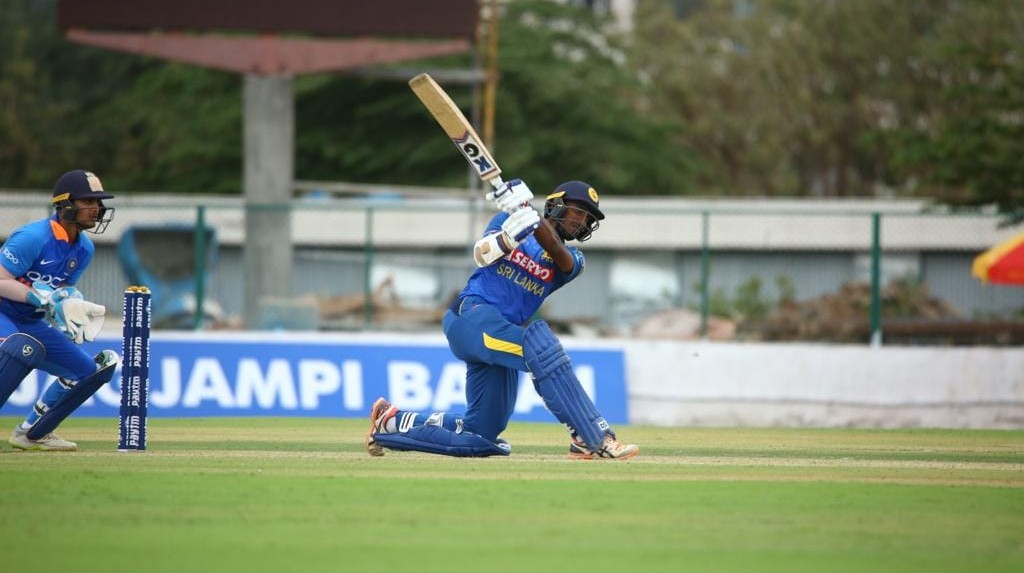 Sangeeth in action for Sri Lanka A against India. (c) ThePapare.

In domestic cricket, he has been a stand-out performer since his barnstorming 2016/17 summer, where he averaged 68.33 and 71.12 in first-class and List A, respectively.

Cooray has a penchant for banging out big scores. In Sri Lanka’s Premier Tournament (Tier A), he has 7 hundreds, including notable scores of 189 and 200.

The run machine is clearly destined for international cricket and his selection only seems a matter of time.

Following his two-season stint with Bradford League club Morley in 2017-18, Cooray is set to return abroad in 2021, having recently signed with Driffield Town for their Yorkshire Premier League North campaign.

Whilst he didn’t perhaps score the volume of runs he’s clearly capable of during his 2-year stint, he still managed 632 runs at 42.18 during his second outing.

He did, though, show his ability with the ball, accounting for 60 wickets at 17.53 over his two seasons with his off-spin.

An incredibly talented cricketer, Cooray is eager to impress whilst abroad in 2021.

The club is really pleased to have signed someone of his quality and hopefully (Covid reliant) we welcome Sangeeth to Driffield Town CC in 2021 and look forward to him scoring lots of runs and taking lots of wickets in the Yorkshire Premier League North.