Townville is delighted to announce the signing of Sri Lankan run machine, Nishan Madushka, for its 2020 Bradford League campaign.

Superstar in the making

Madushka is, without doubt, one of Sri Lanka’s brightest batting stars who recently finished as the second-leading run-scorer in the recent (Jan 2020) T20 domestic competition (322 runs at 64.40).

A prodigious opening batter, Madushka dominated at Sri Lankan Under-19 level and was fast-tracked to the Emerging Players side for the recent (Dec 2019) South Asian Games Men’s Cricket Competition. His exploits, including his 38-ball 65 against Bhutan, helped Sri Lankan to the Final, which they, unfortunately, lost to Bangladesh.

The youngster had previously made his List A and first-class debut’s for Dambulla District (May 2018) and Colts Cricket Club (Jan 2019) respectively.

Madushka, who also doubles as a high-class gloveman, scored 46 on his first-class debut (v Burgher Recreation Club) and followed up with his maiden half-century – 67 against Nondescripts Cricket Club in his second outing. He moved to Police Sports Club for his third outing, striking 70 on debut against SL Navy, before concluding the 2018/19 season with his brilliant maiden century – 143 v Kurunegala Youth.

The talented keeper/batter looks set for an incredibly bright future, but this comes as no surprise, given his exploits at school and age-group level in recent years. 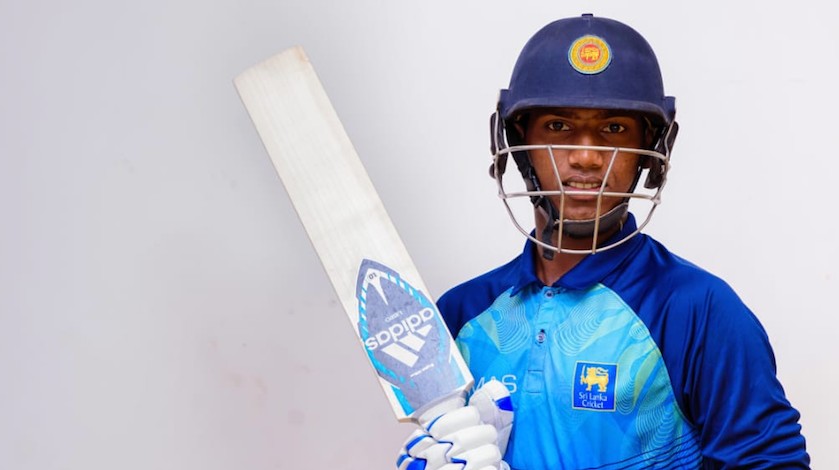 Madushka hit the magical 1,000 run mark – the ultimate goal for a batter in school cricket, in the Singer U19 Division One Tournament in 2019. The Moratu Vidyalaya run machine churned out 5 centuries and 3 fifties on his way to the 1000-run mark with a top-score of 171 not-out. He was the leading run-scorer in the U19 Tournament last summer.

Following another productive Asia Cup tournament (Sept/Oct 2018), he continued to shine, hitting another century – this time 121 in the traditional fixture for Moratu Vidyalaya against Maris Stella College, Negombo.

Madushka is a run machine who has churned out runs at all levels to date. He is now set to embark on his maiden UK stint in 2020, having recently signed with Bradford League club Townville.