Gamage is a promising batter playing for Bloomfield Cricket and Athletic Club in Tier B of Sri Lanka’s Premier Tournament.

Gamage burst onto the domestic season for KTC in 2016/17, striking 491 runs at 35.07. The former St Thomas’ College student started his first-class career with a bang, hitting 50* v Kalutara Town Physically Centre on debut.

He then backed up with a magnificent 148* against a Panadura attack featuring former Sri Lankan quick’s Hasantha Fernando, Charitha Buddhika, and CricX star tweaker Gayan Sirisoma.

It was a sublime effort, from a young batter destined for higher honours. Most young players suffer from “second season syndrome”, but not Gamage who produced an excellent back-up 2017/18 season, hitting 261 runs at 26.10. 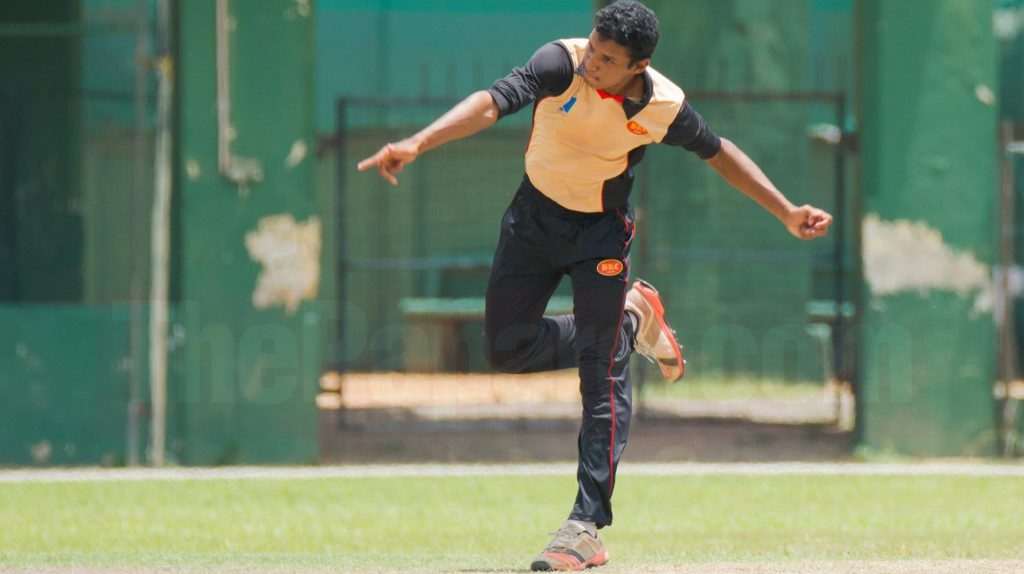 A technically sound and free-flowing left-handed batter, Gamage also bowls handy off-spin which he put to good effect during his maiden UK stint in 2019.

Playing for Hatherley and Reddings, he impressed in the West of England Premier League (Gloucestershire Division) taking 22 league wickets at 16.77 alongside 602 runs at 33.44.

Given his maiden season’s success, the Cheltenham-based club re-signed their Sri Lankan prospect for a second stint in 2020.

Unfortunately, COVID struck, so Gamage couldn’t travel over. Therefore, the club has deferred the agreement through to the 2021 season.