Yadav was instrumental in the club’s promotion-winning season in 2019. The Railways’ tweaker took an incredible 58 wickets at 5.91 with 6 five-wicket hauls to finish amongst the leading wicket-takers in the Liverpool and District Cricket Competition.

Back home, the left-arm spinner plays for Railways in the top tier of India’s Ranji Trophy first-class competition.

The veteran tweaker was the stand-out spinner, topping the “Group A” wicket-charts in 2018/19 with 41 wickets at 26.70 with 3 five-wicket hauls. He finished inside the top ten wicket-takers across all 4 divisions of Ranji Trophy cricket this summer.

Yadav also produced some useful performances with the bat, to include his second first-class half-century amongst 158 runs at 14.38 in 2018/19.

Playing for the Railways side skippered by CricX superstar Mahesh Rawat, Yadav has now taken over 100 wickets across the three formats. 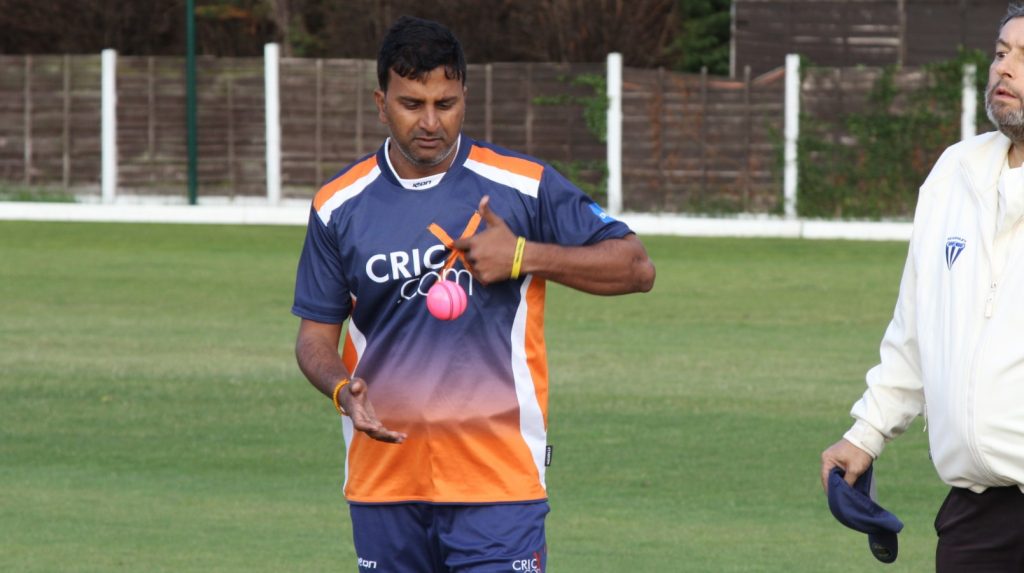 Yadav in action at Greenmount CC for the CricX XI vs the Kaustub Pawar XI last summer.

He has finally produced the potential that saw him represent India at Under-19 level alongside the likes of Piyush Chawla, Irfan Pathan, and Robin Uthappa back in 2003 to 2005. Yadav has been a loyal servant of Railways cricket since returning to the fold in 2012/13 after his stint with Indian Cricket League side Mumbai Champs.

Unsurprisingly, Yadav impressed and the club is delighted to welcome him back for a second stint in 2020.