Ives is a fantastic prospect who, following 4-years studying at Stellenbosch University (to include 2 degrees), is now looking to focus on his promising cricket career.

A genuine all-rounder, Ives bats in the top-order and bowls left-arm spin. Educated at Kingswood College in Grahamstown, he represented Zimbabwe through the age-groups.

In 2016, he starred for Zimbabwe at the ICC Under-19 World Cup in Bangladesh. He struck an impressive 91 against an England attack featuring the likes of Sam Curran, Saqib Mahmood, and Mason Crane, before striking 34 not out to help Zimbabwe to victory, after bowling South Africa out for 91 in the first innings.

Ives ended the tournament as Zimbabwe’s highest run-scorer and inside the top ten World Cup batting averages (236 runs at 59), ahead of notable stars including Dan Lawrence, Rishabh Pant, Shimron Hetmyer, Glenn Phillips, and Curran. He also picked up 6 wickets at 16.33 to evidence his all-round skills.

Following the World Cup, he was selected to represent Zimbabwe in the CSA Africa T20 competition, playing matches against Free State and Eastern Province. 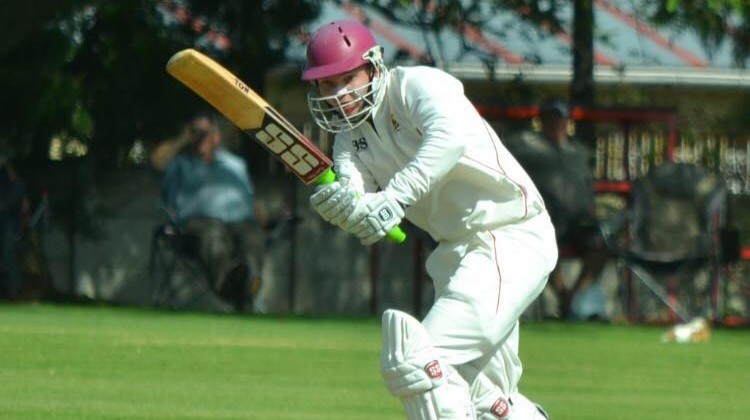 Ives in action. The former Zimbabwean U19 star is heading to London in 2020.

Since then, Ives has focussed on his studies, whilst also turning out for Western Province Cricket Club in Cape Town. However, now he has completed his studies, his focus has turned back to cricket and he’s eager to head abroad to showcase his skills and push towards Zimbabwe honours, once again. He has recently signed with Middlesex County League side Shepherd’s Bush for their 2020 campaign.

A player that comes highly recommended by numerous sources, including the likes of ex Zimbabwean / Hampshire all-rounder Greg Lamb and his former Kingswood coach, Greg Van Molendorf who was full of praise for him.

He said, “he played a key role for Kingswood as both a key batsmen and quality left-arm orthodox spinner. We hope that his time spent here played an important role in his overall development as a cricketer. We were all delighted to see him do so well in the World Cup and his peer group followed his progress very closely. We wish him all the luck in the future and hopefully see him representing Zimbabwe in both the ODI and test arena one day”.