Mighty Marnus vs Marvellous Marvan: they both made ducks on their test debuts, but their subsequent test cricket form lines were vastly different.

Some international cricketers burst onto the scene with fireworks and fanfare.

Others make a more subtle entrance, their career a slow burn.

Marnus Labuschagne was a virtual unknown when selected for his test debut, to represent Australia vs Pakistan in the UAE in October 2018, after just a handful of unremarkable first-class performances for Queensland.

Labuschagne was born and raised in South Africa and grew up speaking Afrikaans, and his unique and unusual name was more of a talking point than his cricketing ability when he suddenly emerged onto the scene. 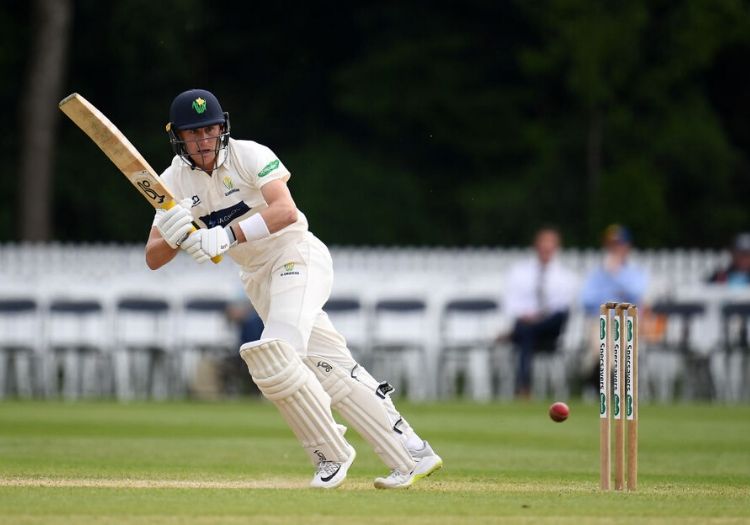 Whilst his test debut was less than stellar (he scored 0 and 13), Marnus entered the history books in his 6th test, the second Ashes Test in 2019, when he was the first-ever substitute batter in test match history, filling in for Steve Smith in Australia’s 2nd innings at Lords, after Smith was felled by a sickening blow to the neck from a rearing bouncer from a rampant Jofra Archer.

Marnus shone brightly, scoring 59, the first of four consecutive half-centuries, and he finished the Ashes series with 353 runs at an average of 50.4.

A star was born.

His star rose even further in the 5 tests of this Australian summer of 2019/20 as he pummelled the Pakistan and New Zealand bowlers to the tune of 896 runs in 8 innings at an average of 112, including 3 consecutive centuries (and 4 in total), followed by two consecutive half-centuries, and a highest score of 215. He also chimed in with a few handy wickets with his more-than-useful leg-spin.

His ‘Bradmanesque’ summer has cricket pundits worldwide singing his praises and scouring the record books.

Labuschagne’s sudden and spectacular emergence onto the international cricket scene, after starting his test career with a duck, led me to reflect on other notable starts to test careers, both good and bad, from over the years.

Many fine players in history have suffered the ignominy of not bothering the scorers in their first test innings. While we celebrate centuries on debut, as achieved by legends of the game such as Greg Chappell, Mark Waugh, Javed Miandad, Virender Sehwag, Michael Clarke, and Kane Williamson, it’s rarely discussed that test luminaries such as Graham Gooch (a pair!), Ken Barrington, Len Hutton, Majid Khan, Richie Richardson, and Victor Trumper all made ducks in their first test innings! In fact, 397 players in all can lay claim to this inglorious distinction.

There are all sorts of interesting statistics when it comes to batting performances on test debut: West Indian Lawrence Rowe burst onto the scene in the most spectacular fashion in 1972 vs New Zealand with a double century (214) in the first innings, followed by 100* in the second innings.

And when considering the ups and downs of first appearances it’s impossible to ignore Indian great Gundappa Viswanath and his peculiar test debut vs Australia in 1969: a duck in the first innings. A century in the second innings.

But when it comes to quirkiness on test debut, one name stands out above all others, for all the wrong reasons.

One of Sri Lanka’s most celebrated players of the recent past is Marvan Atapattu. In a long and distinguished career, Marvan played 90 tests for his country and scored over 5,500 runs, including an incredible six double-centuries. At his peak he was a spectacular and prolific player.

However, the start to his test career was anything but spectacular. In fact, Atapattu’s first six test innings yielded just one run, including a ‘pair’ on debut.

If he’d been dropped after this inglorious start to his test career, nobody would’ve batted an eyelid. He’d have been written off as a player not up to test standard, and quickly forgotten. Thankfully Sri Lankan cricket at the time wasn’t blessed with great depth and the selectors stuck by Marvan, and cricket fans around the world were blessed to witness his grace and brilliance over his subsequent 17-year 90-test career.

Marvan did have an innate ability to be “all or nothing” as a test player, his six double-centuries (and 16 centuries in total) in stark contrast to his record 22 ducks and four pairs! 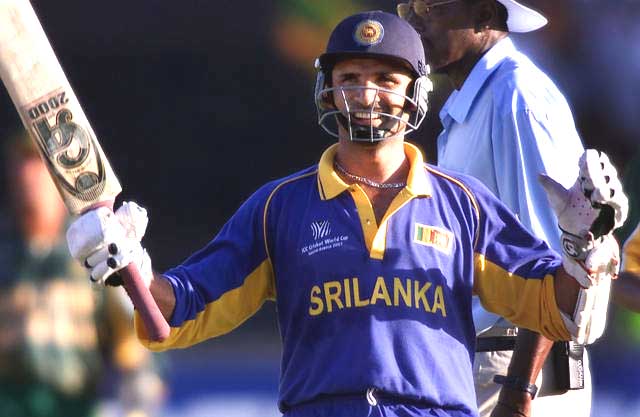 Marvan Atapattu scores one of his many centuries for Sri Lanka. (c) crictracker.com

With Marvan, you were a huge chance to get him early, but once he got started, he was hard to stop.

Time will tell if Marnus Labuschagne goes on to construct a long and stellar test career like Marvan, or Gooch, or Barrington or Hutton, but the early signs are extremely promising. At just 25 years of age, he’s a cricket ‘tragic’, his technique is rock solid and his temperament is ideally suited for the trials and challenges of test cricket.

He has “future Australian captain” stamped all over his resume.

Marvan Atapattu demonstrated that a substandard start to a test career doesn’t have to be a career death sentence. While Marnus Labuschagne has enjoyed a much more spectacular start to his career than Marvan (Atapattu scored just 419 runs @ 20.95 in his first 20 test innings, whereas Labuschagne had racked up 1166 runs @ 58.3 in the same period) Marnus will no doubt experience some form slumps over the years, as all batsmen invariably do. Hopefully, the Australian selectors show the same patience in him as the Sri Lankan selectors did in Marvan and we can be blessed by watching this great talent blossom in the years ahead.

It’s exciting for cricket fans around the world when an exciting new talent is unveiled. And right now, the name on every cricket lovers’ lips is ‘Mighty’ Marnus Labuschagne.

About the Author: Nick Fry

Nick Fry is a Melbourne-based businessman, sports fanatic, freelance writer and author of 2 novels about 2 of his great passions: cricket and golf. Married with 3 kids, Nick played cricket until the age of 51 before retiring to work on his golf handicap. Cricket has always been a big part of Nick’s life.