ALL AUSTRALIAN CRICKET LOVERS ARE FAMILIAR WITH BRADMAN’S ‘THE INVINCIBLES’.

LET’S TALK ABOUT ‘THE UNFORTUNATES’.

AUSTRALIAN CRICKETERS WHO WERE BORN AT THE WRONG TIME.

Whilst some players seem to get an armchair ride through to representing Australia and wearing the coveted ‘baggy green’, many fine players over recent years have been very unfortunate not to have played more tests for Australia. Some of them never got the chance.

They were born at the wrong time.

My son, a very passionate cricket fan, was born in 1994. I often remind him he was born into a golden period of Australian cricket, where many “all-time greats” represented Australia in an unbelievably successful era.

Warne, McGrath, Hayden, Ponting, Taylor, the Waugh twins, Clarke, Gilchrist, and Hussey are, without question, all-time greats of Australian cricket. And we were blessed that they were all born around the same time. Little wonder Australia won 3 consecutive World Cups and dominated test cricket through the 90’s and 00’s.

You could reasonably add the names Langer, Gillespie, Lee, Smith, Warner, Lyon, and Johnson to the list: there’s no denying we’ve experienced an incredible epoch of Australian cricket, and there’s little doubt my son, as a cricket lover, was born at the right time.

However, when a nation possesses so much talent there’s bound to be the hard-luck stories of disappointment, heartbreak, and misfortune.

The guys who missed out.

With all respect to each and every player who is fortunate enough to wear the baggy green, there’s no doubt some players are just plain lucky, in the right place at the right time. When the test team is struggling, we tolerate top-order batsmen who average in the 30’s. In the golden age, we had most of our top-order batsmen averaging anywhere from the high 40’s to the mid 50’s. Even Gilchrist, batting at 7, averaged around 50 throughout his extraordinary 96-test match career.

458 players have had the great honour of wearing the baggy green. They are deemed to be the ‘best of the best’ in order to achieve this great feat. But cricket over generations is not a perfect science, it hasn’t been all beer and skittles for Australian cricket. While Australian cricket has enjoyed great success over the past 50 years, there’s also been many challenging times.

And over the years Australia has fielded some pretty ordinary teams.

Given the success we became accustomed to through the 90’s and 00’s, it’s incredible to cast your mind back to the Boxing Day test of 1987, a couple of years before Australian-cricket’s revival, and envisage a fist-pumping Mike Whitney celebrating Australia holding on for a draw vs New Zealand! How times, and expectations, have changed.

Through the 20-year golden era of 1990 – 2009 Australian cricket was not only very successful; it was very stable. Through those 2 decades, only 68 players debuted for Australia, at an average of 3.4 new players per year. 35% of those selected were top-order batsmen.

These stats clearly indicate that the current crop of players, and those churned out over the past decade, aren’t of the high standard of the previous generation and the selectors have been forced to blood more new players in the hope of unveiling the next Steve Smith.

It’s a fascinating topic of discussion considering the unfortunate cricketers from the recent past who were born at the wrong time. The players who, if they’d been born 20 years later, would, without doubt, be playing test cricket for Australia, successfully, right now, and enjoying a long test career. 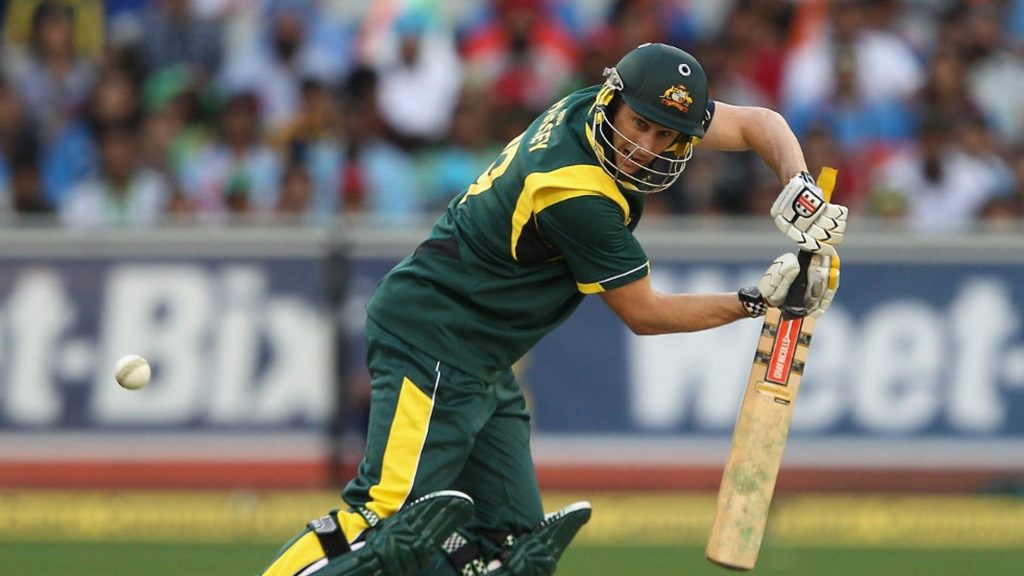 Alas, a long test career wasn’t in the offing for these unfortunates.

Consider, for starters, David Hussey. Hussey, better known as ‘BOM’: ‘brother of Mike’, is, without doubt, one of the most unfortunate cricketers in Australian first-class history. He was a superb batter, a brilliant fielder, and a handy bowler. An explosive and prolific batter, Hussey scored over 14,000 first-class runs, including 45 centuries, at an average of 52.5. His first-class average is better than his brother’s, yet while he played 69 ODI’s for Australia, Hussey never played test cricket, which is a travesty. He deserved the opportunity and he would’ve been a success. But he was born in the wrong era. In different circumstances, and with an ounce of luck, Dave Hussey would’ve been a successful middle-order test batter and Mike Hussey may have been better known as ‘BOD’.

Brad Hodge, on the other hand, did don the Baggy Green for 6 tests, but given his outstanding first-class career over 19 years, he deserved to have played a lot more test matches. Hodge scored over 17,000 first-class runs (ave: 48.8) with 51 centuries. The problem for Hodge was that 10 days before he was born, a baby boy named ‘Ricky Ponting’ was born in Launceston, Tasmania. Hodge was born at the wrong time. One solace for him is that he made the most of his paltry 6 test matches, finishing with a test batting average of 55.88 (better than Ponting!) and a highest score of 203* (better than Steve Waugh!). But he was born 20 years too early!

Jamie Siddons was a run machine for Victoria and South Australia: dynamic, exciting, brilliant. In 160 first-class games he scored over 11,500 runs at 44.91, with 35 centuries. Sadly, given he was born into the Waugh era, he never played test cricket for Australia. Given his dominance of first-class cricket over 17 years, there’s little doubt he would’ve been a very good test player.

There are many other fine cricketers who were unfortunate to either play very few tests, or none at all. Stuart Law was a giant of Australian first-class cricket for 16 years. He made a colossal 27,000 first-class runs at 50.52, with an unbelievable 79 centuries. Yet he played just one test, making 54*. At least he’s got a baggy green in his keeping, but he doesn’t have a test batting average!

Currently, Australian cricket is searching for more 100-test batsmen to secure their top 6. Warner and Smith are locks, and Labuschagne looks like a 10-year player, but selectors are desperately scouring the country looking for the next Hodge, Siddons, and Law.

Players of this ilk aren’t born every day.

If only they’d been born 20 years later! 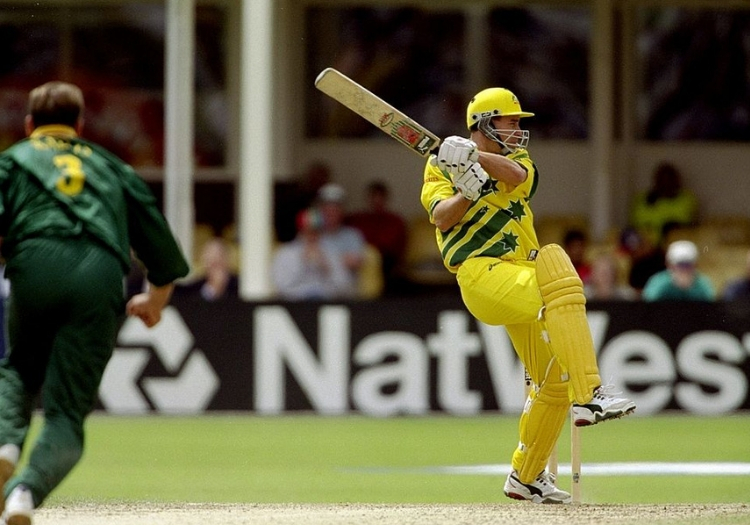 About the Author: Nick Fry

Nick Fry is a Melbourne-based businessman, sports fanatic, freelance writer and author of 2 novels about 2 of his great passions: cricket and golf. Married with 3 kids, Nick played cricket until the age of 51 before retiring to work on his golf handicap. Cricket has always been a big part of Nick’s life.